Easy Brownie Pie-taking brownies to the next level and creating an easy dessert-a flaky pie crust surrounds a rich brownie with a thin crust on top and in the middle a gooey, fudgy delight! 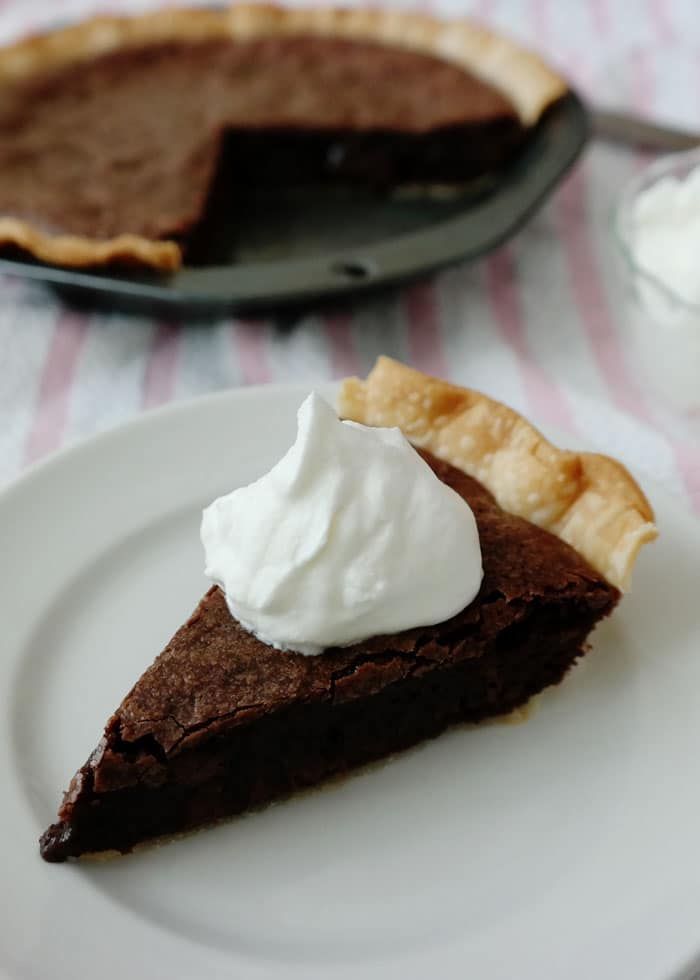 This time of year seems to be all about pies. Pumpkin Pies, Apple Pies. Pie is always present at holiday gatherings. I’m not a big pie maker. Mainly because my crusts never look pretty.

And then when I slice it, especially, that first slice, it looks like the slice when through a wood chipper.

Pies are hard for me. 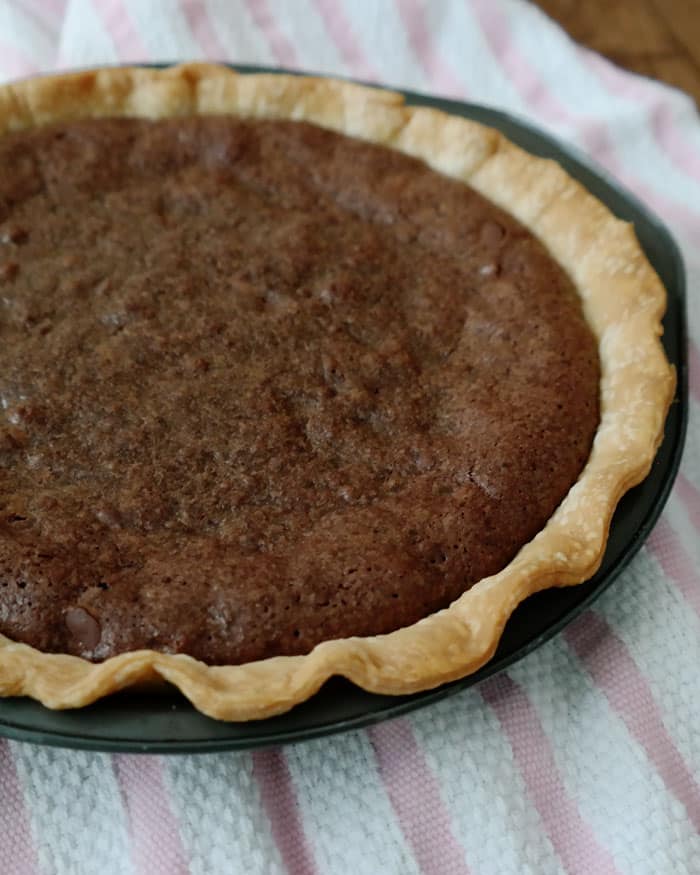 But pie is expected. So I cheat. I use the refrigerated pie crust. Yes, I have a great recipe for pie crust, made with butter, it comes out flaky and tender. But this is just easier.

And I’m all for easy. Feel free to make a scratch pie crust if you want. I won’t judge you. I promise. 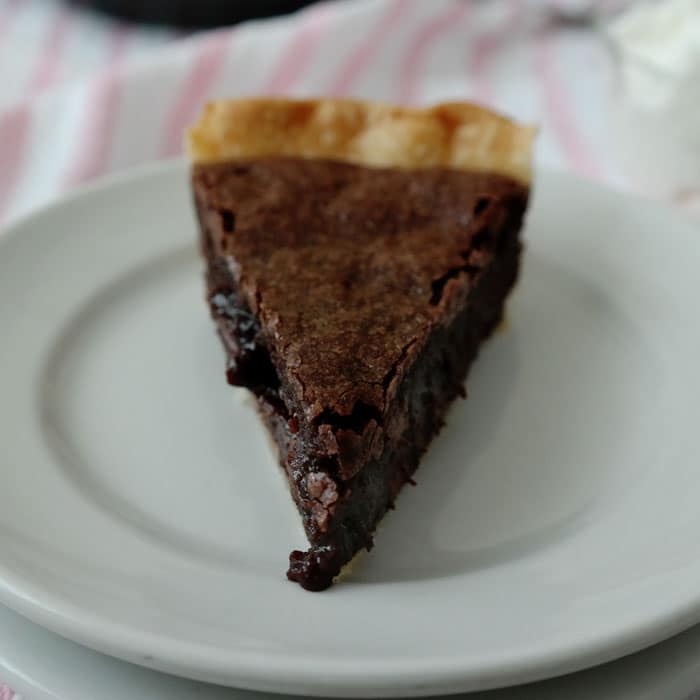 Besides, it’s what’s inside that counts. Ooey, gooey, fudgy brownie deliciousness. And that thin crisp top coat brownies are famous for. That’s what really matters. 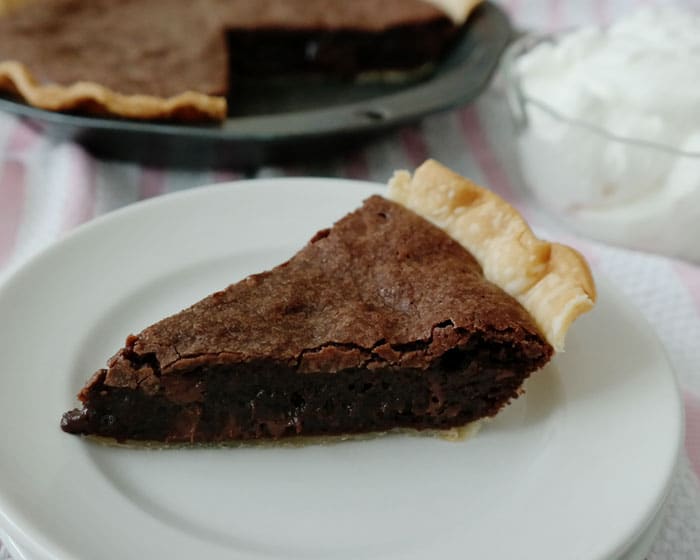 Top it with a scoop of vanilla ice cream, some fresh whipped cream or even Cool Whip. I won’t judge you. It’s all about the easy, and the delicious!

Connect with Chocolate, Chocolate and More! 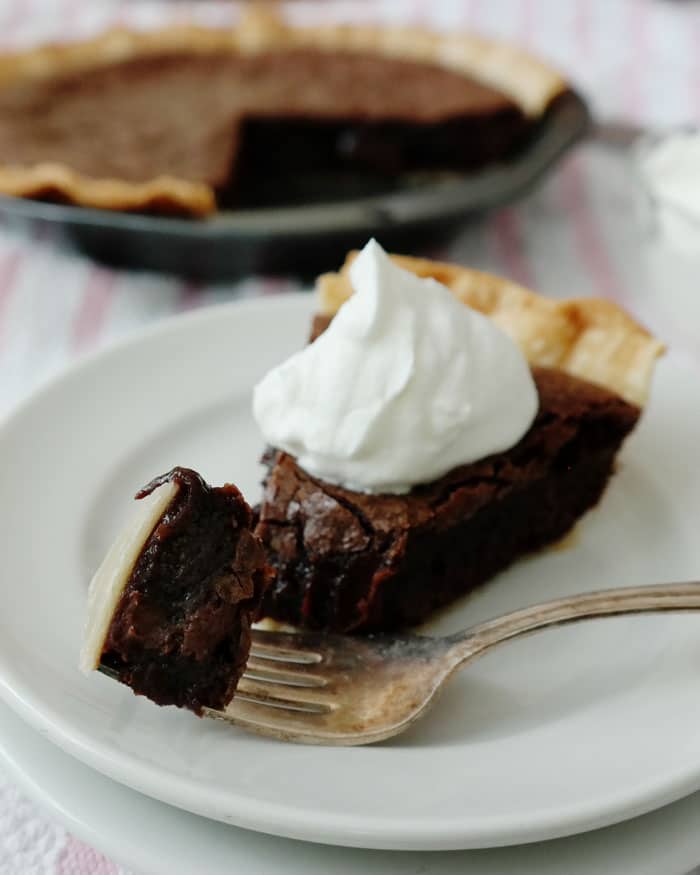 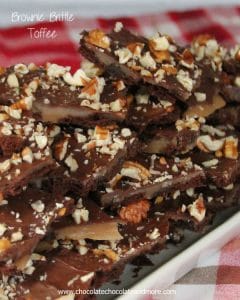 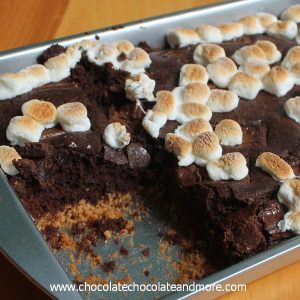 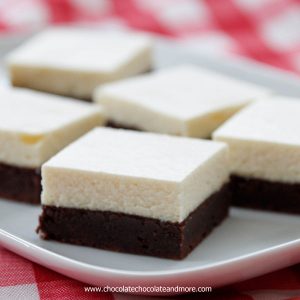 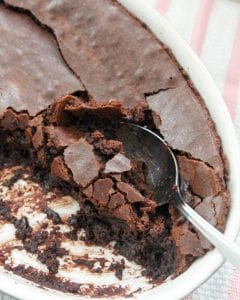