Cinnamon Bun Dessert Casserole- a yummy twist on the classic Cinnamon Bun and a Cinnamon Swirl Cake all put together in a delicious pan! 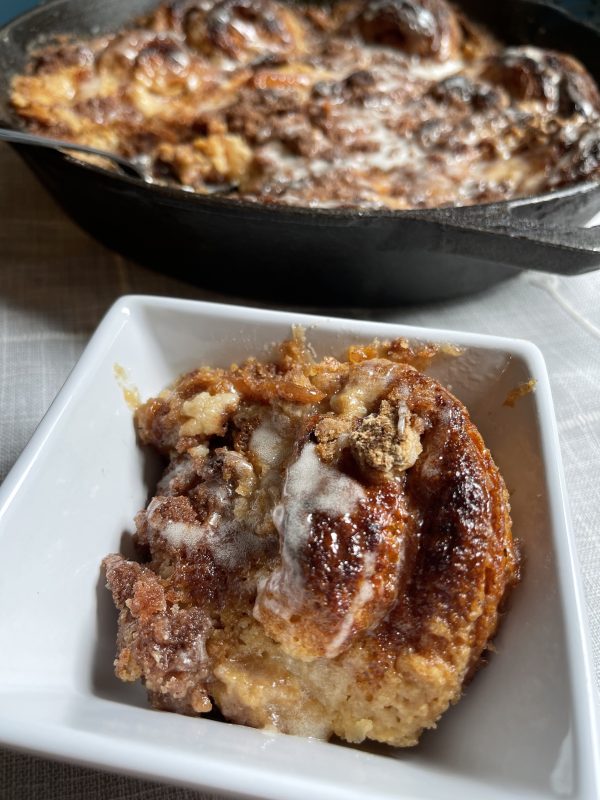 I got this idea from TikTok where all these people were making this delicious cake dish without actually making the cake batter. They would use pie filling or something close to it, put down the cake mix, and then put butter on top of it. And it would come out of the oven and look wonderful.

So of course, I had to hop on to the trend and create my own fun twist on it, and one of my cravings lately has been cinnamon buns! Now I’m in the kitchen, experimenting and trying to be creative while keeping the recipe simple, and this was just the best idea ever!

The first thing you’re going to want to do is to grab either your cast iron skillet or a baking dish that’s big enough to fit about 8 cinnamon rolls. Now butter/grease that up and press your premade cinnamon rolls into your dish. 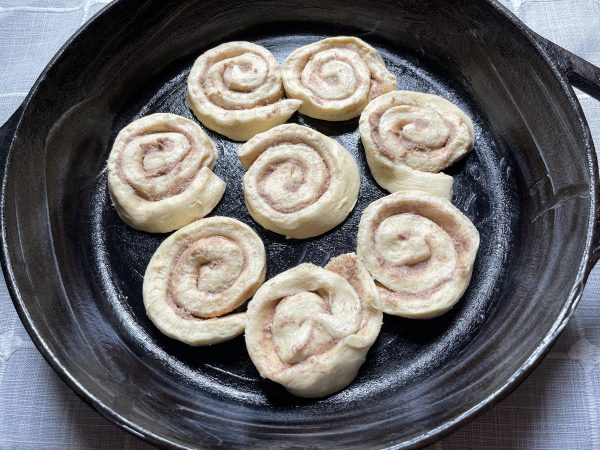 Next, grab your cream cheese frosting, and spread that all of the cinnamon rolls. 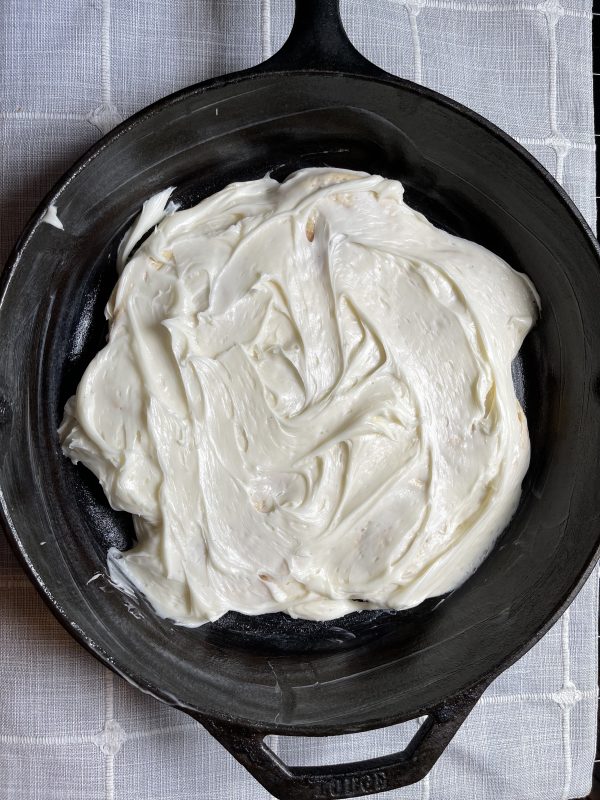 Now hear me out, the next step is weird, but do it anyway. Take your Cinnamon Swirl Crumb Cake mix and put that on top of the frosting and then spread the topping that comes with it on top of the mix. 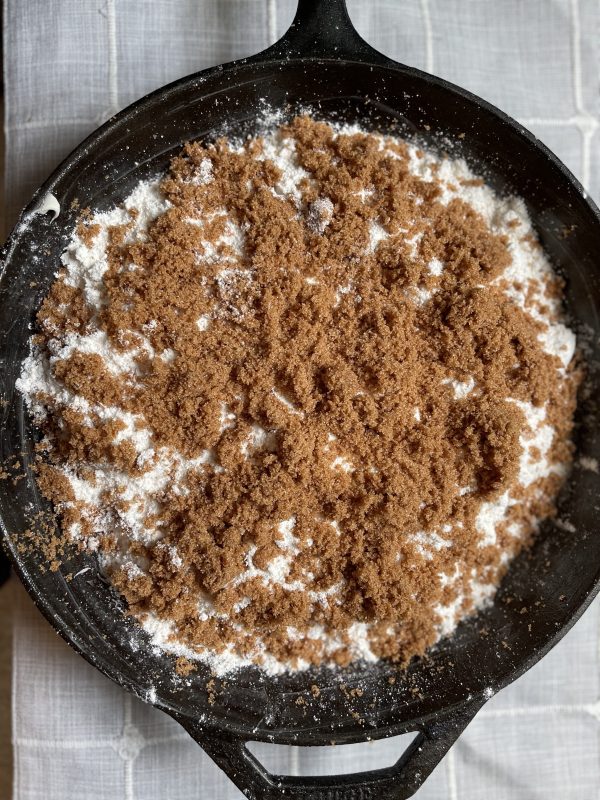 The last step is to slice up your butter into thin pieces and spread them evenly on top of the whole dish. 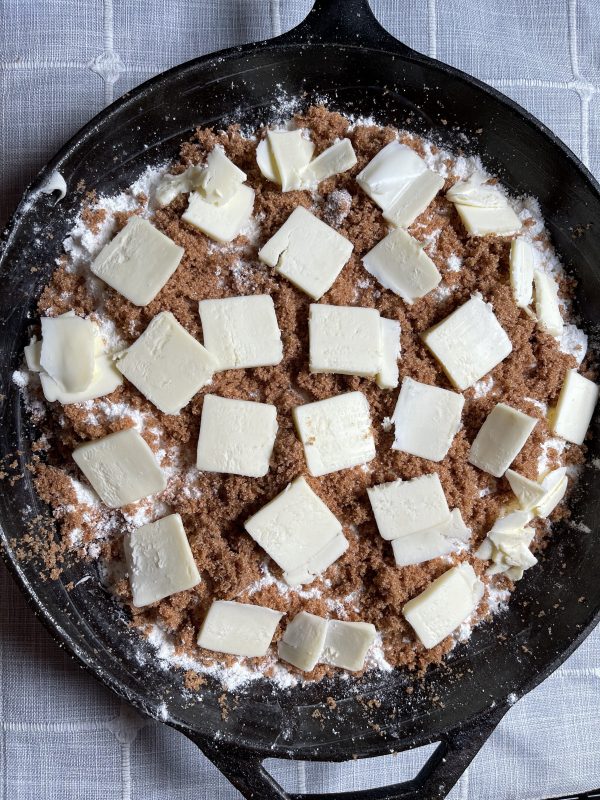 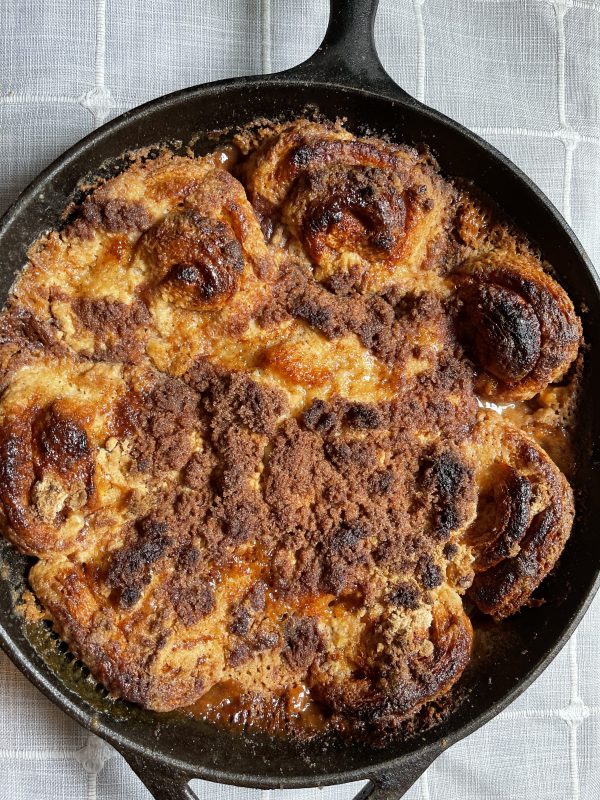 Drizzle with some homemade/premade frosting and BAM! You’ve got some delicious Cinnamon Bun Dessert Casserole! 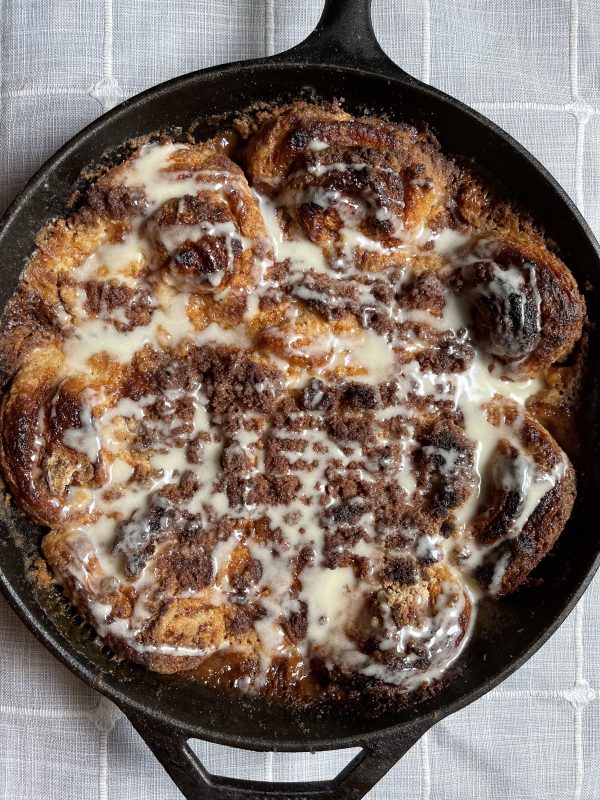 I just got my wisdom teeth out so I can’t eat too much of this, but everyone else in the house loved it, and from what I can eat, it is so yummy! 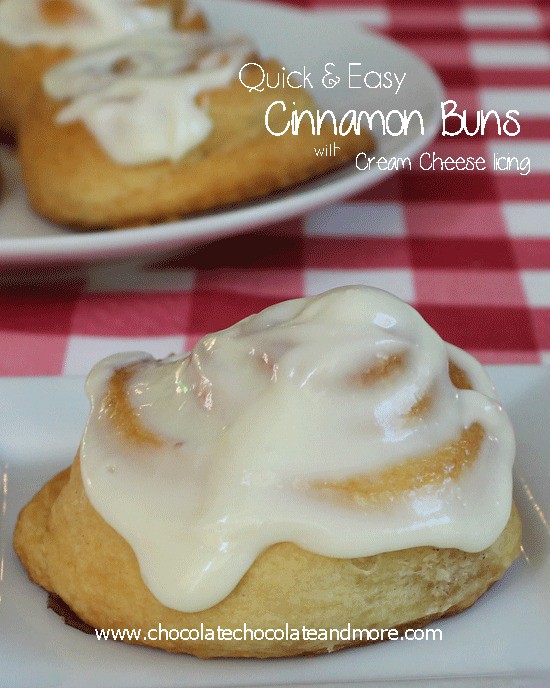 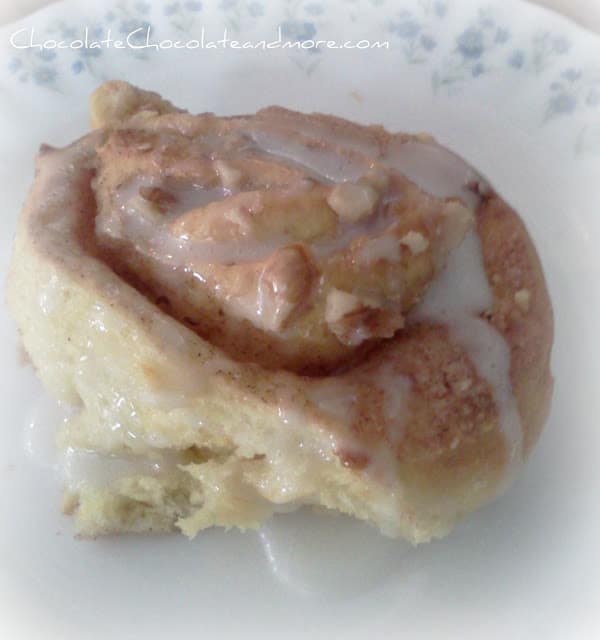 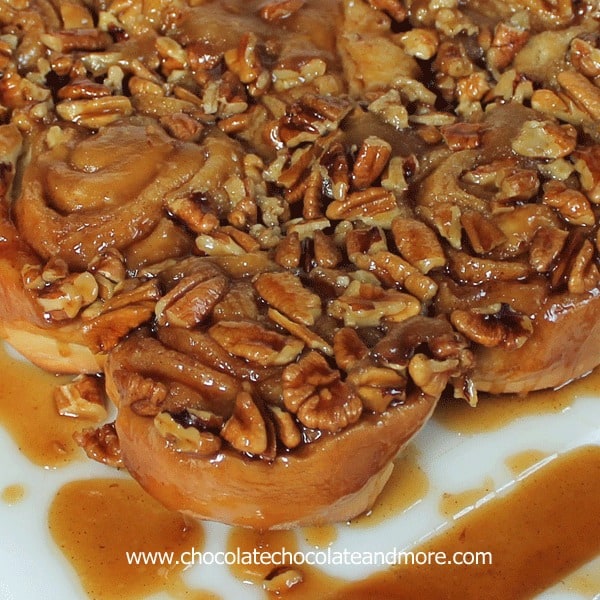 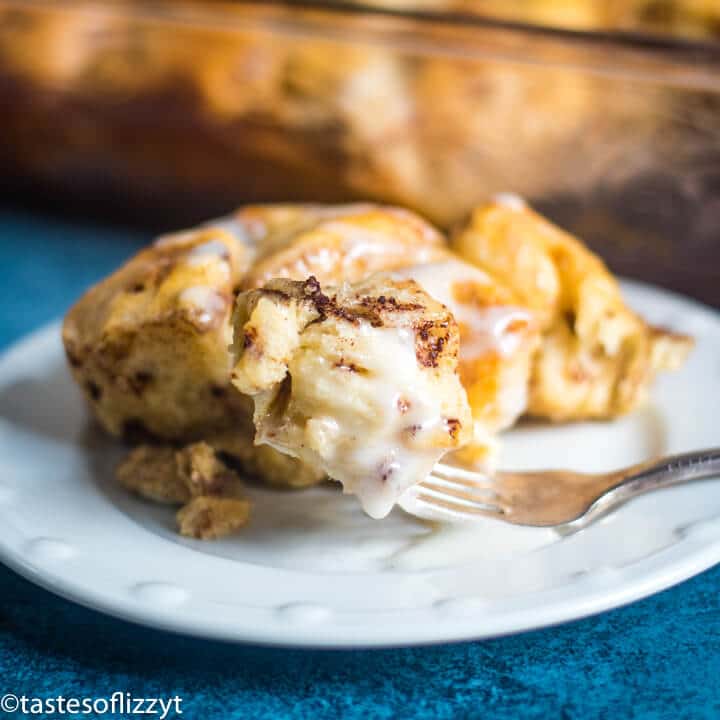 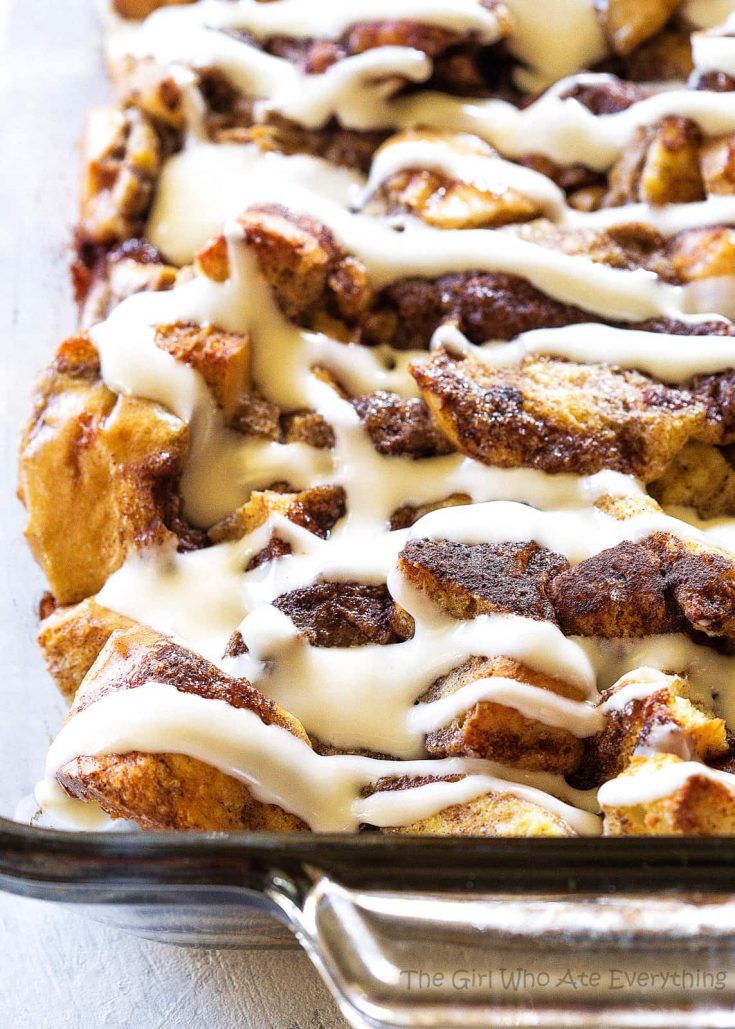 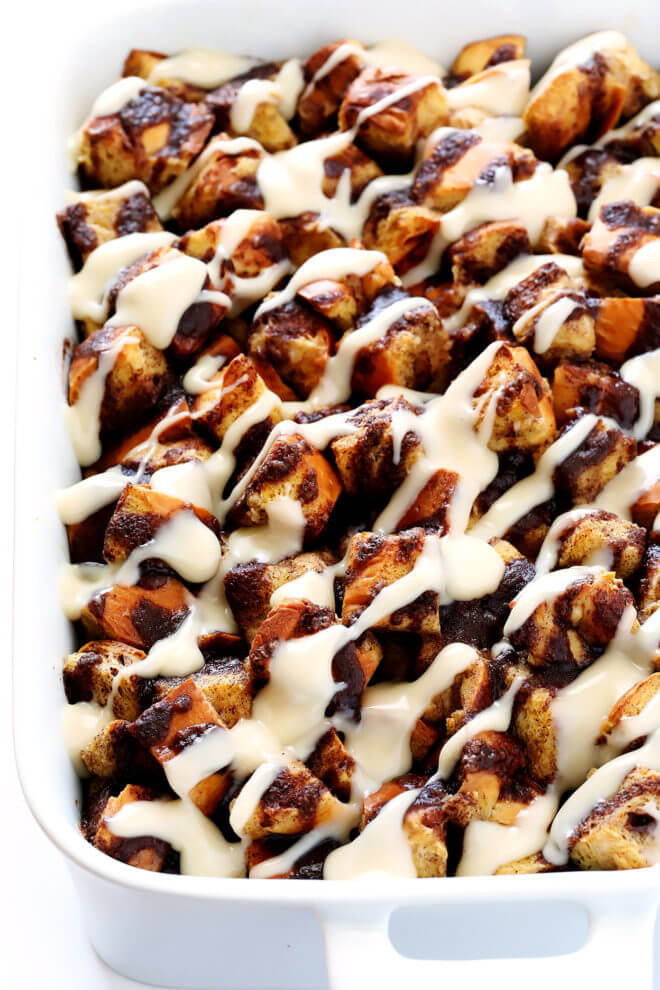