Crispy Chocolate Bark Candy-Just 2 ingredients-Rice Krispies Cereal and Chocolate Almond Bark, you won’t believe how good this is until you make it yourself! 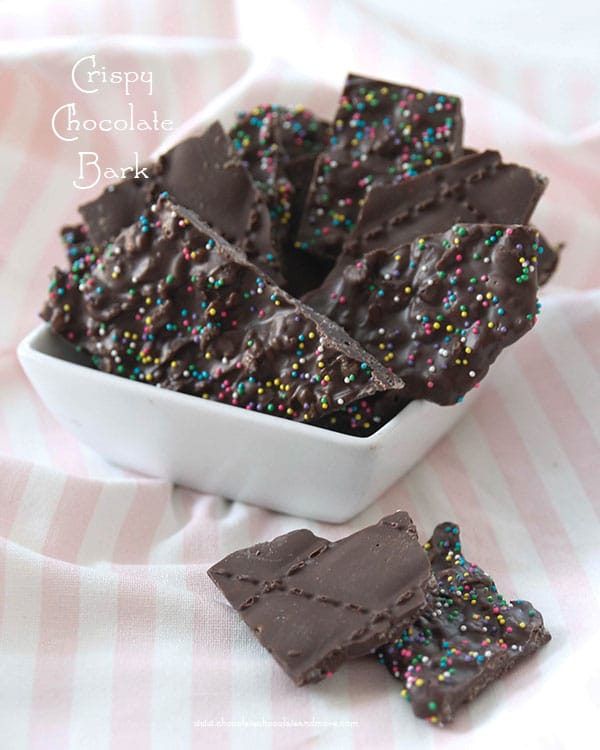 I’m a big fan of adding cereal to recipes. Corn Flakes in Cookies, Making Smores Treats with Golden Grahams.  Special K in my Cereal Bars. But I never thought about adding it to chocolate bark.

I don’t know why. Maybe because the cereal by itself…isn’t that great.

Sure as a kid, I’d eat 3 bowls of it, especially the sugary stuff. My mom should have had stock in Captain Crunch when I was growing up.

Now, I wonder how I ate it all. Way too sweet. I’m a Special K girl now. Especially as a bedtime snack. Don’t judge.

Rice Krispies never did much for me. I had to add a lot of sugar to make it worth my time. Then it would get soggy before I finished eating it all. Of course to be fair, If I had used a regular sized bowl instead of the biggest bowl I could find, it might have stayed crisp. 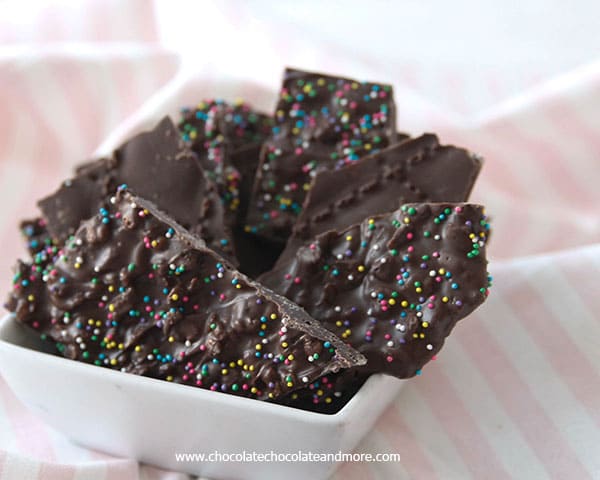 The real reason I wanted to share this bark is the pretty pattern on the back of the bark. Sprinkles always make desserts look good. That takes care of the top. I’ve been crushing on Manuela and Passion for Baking. She made some chocolate bark last year. It had a beautiful texture pattern on the back side and mini marshmallows on top.

A quick Amazon search found the mat she used. It’s a Silicone Mat

for creating texture for fondant. The stuff you put on a cake. A fancy cake. It’s also pricy. It is  heat resistant to 400 degrees so I won’t just be using it for candy making. I’ve got some cute ideas for cookies I’ll be testing out soon. Oh and it’s huge! Twice the size of my large baking sheets…so I cut it in half. I can make twice as much candy at once, or I could be nice and give the other half to a friend.

You don’t have to spend a lot to make pretty chocolate though. There is a set of 4 Imprint Mat 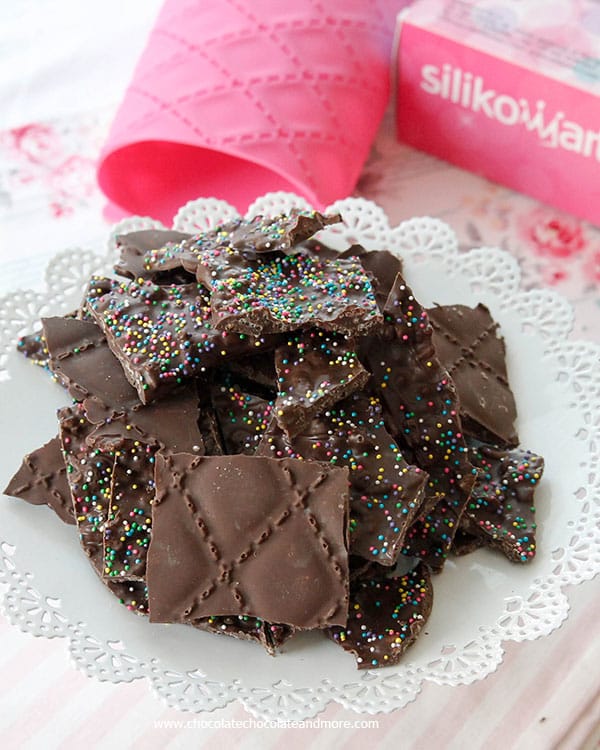 I could have just melted my chocolate and spread it out on the mat. But that would be boring.

Peanuts, pecans or pistachios. Dried Strawberries or blueberries are amazing in chocolate. Even adding in other candy like peanut butter cups, M&Ms or Malted Milk Balls.

Looking around my kitchen, I spied the cereal (left out on the counter, again) and thought why not. This was just a test run of my new mat anyway.

This may just be the best use of cereal ever! The Rice Krispies stay crispy in the chocolate (even a week or 2 later.) It’s a delicate crunch, almost like popping air, with each bite. 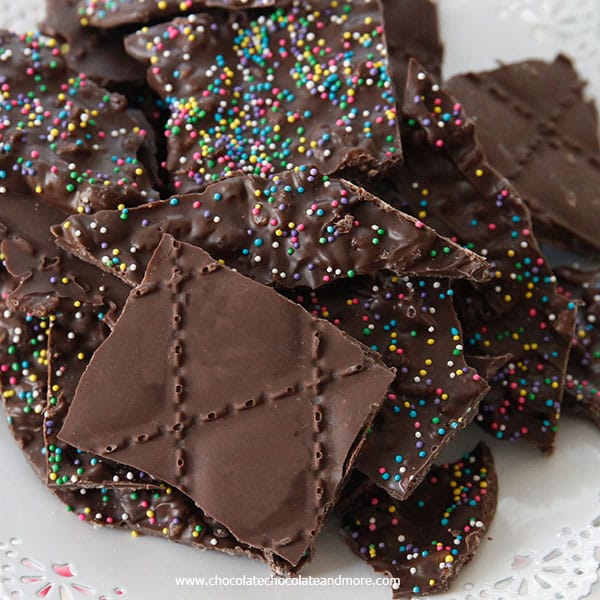 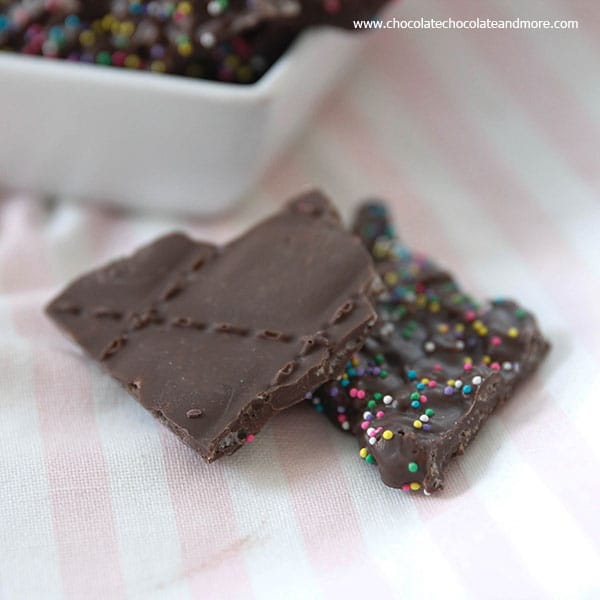 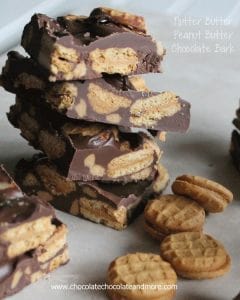 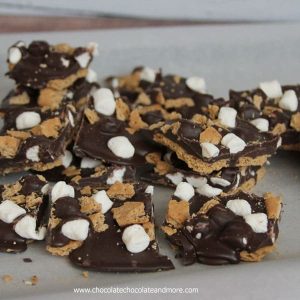 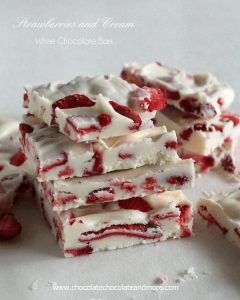 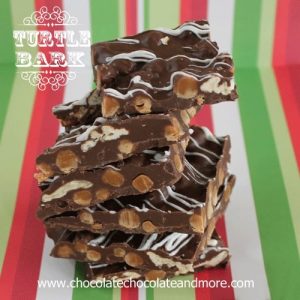