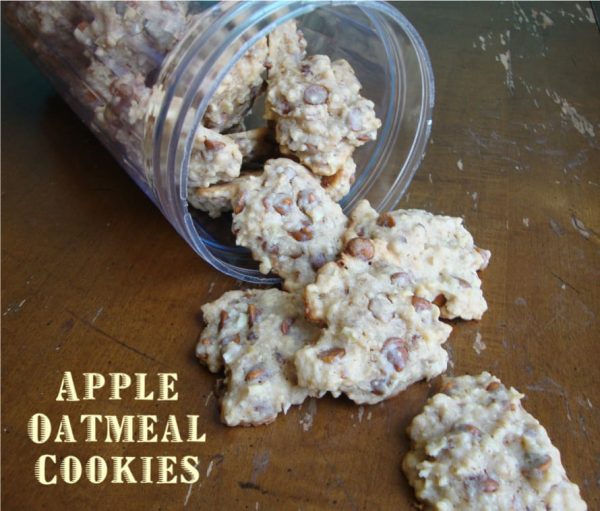 I have to tell you, I was excited when I saw this recipe.

But not because it was a cookie recipe, or because it has oatmeal or apples (my favorite fruit) in it.

But because I saw a way to sneak fruit into my daughter’s food.

I have 3 children. My son will eat almost anything I put in front of him. He’s a boy, I think most boys are like this.

Then there’s Grace, the little one. I’m not sure where she came from, that child would rather have fruit or a piece of plain lettuce than chocolate on most days.

Then there’s the middle child. Cassie. She’s the child my mother wished on me. You all know what I’m talking about

“I hope you have a child just like you!”

Well, I did, but she’s worse when it comes to eating fruits and vegetables.

I would eat apples, raw carrots and corn as a kid. That’s about it, but I would eat these items. Oh and potatoes, but every kid eats those.

Not Cassie. Yeah, she’ll eat the potatoes but that’s it. And we’ve had the battles over this. Made her sit at the table till she ate her veggies. Nope, she’d just go to sleep. No dessert if you don’t eat your veggies, and it’s your favorite. Nope, she goes without dessert that night. And don’t try to finely chop onions and add them to gravy or anything else, she will spend an hour picking teeny, tiny bits of onion out.

But Cassie still won’t touch fruits. And it hurts, because I love anything apple. And she won’t even try it, not even apple sauce. She even refused a chocolate cake made with applesauce.

But I have to keep trying.

Cassie ate 3 of these cookies and I couldn’t keep it to myself anymore. I told her she was eating apples. She didn’t have any more… 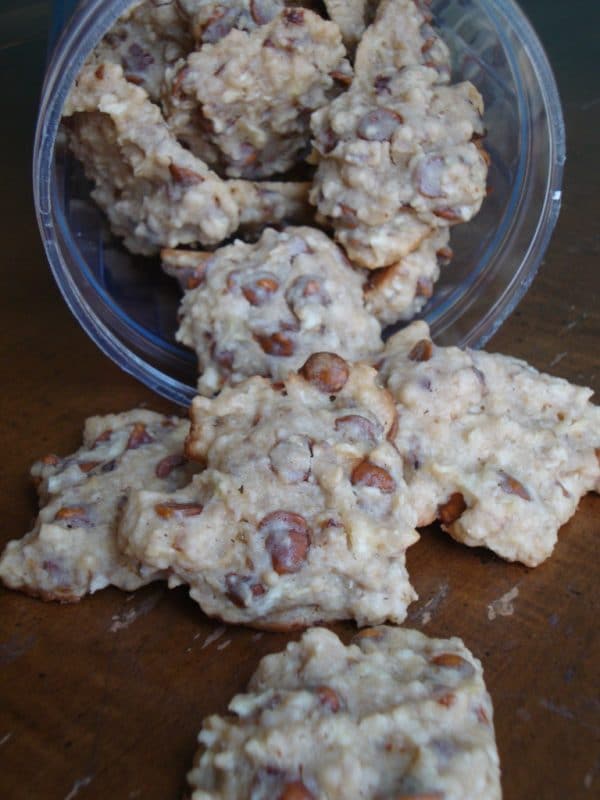 Oh well, I’ll just find something else to sneak fruit into.

Remember, I'm trying to sneak the fruit past my child, so while most people will dice the apples, I put my apple in my handy dandy mini chopper and get them the size of minced onions. And I puree the raisins. I'm older and wiser than Cassie.