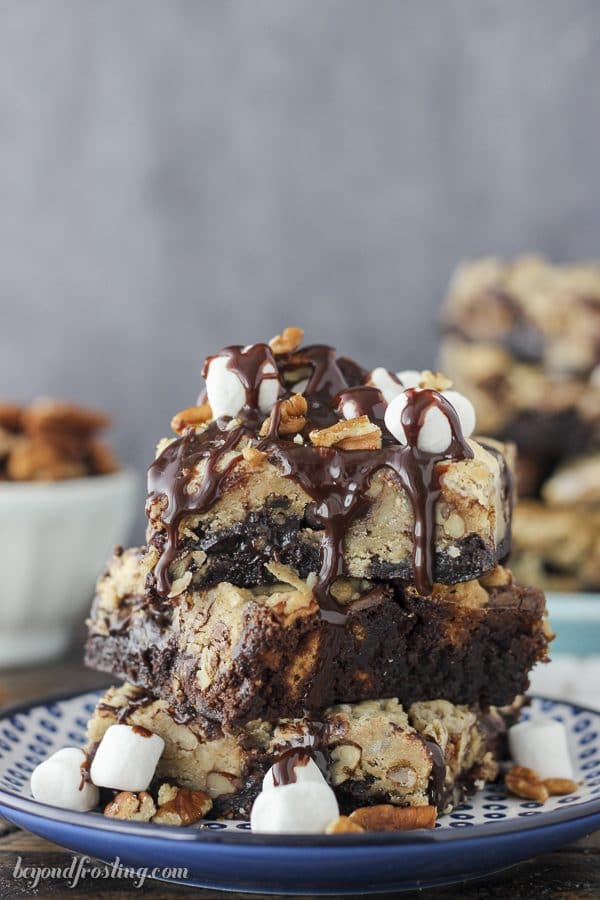 Oh my, I can’t believe how long it’s been since I made Brookies. There was a time when I was slightly obsessed with this brownie/cookie combination and I just couldn’t stop. Well guys, I think it is safe to say that my obsession has resurfaced.

Over the weekend I was trying to decide what to share with you this month. I tried to think of what Joan’s readers really loved. Joan once told me how popular her Mississippi Mudslide Cake was. I thought about making a mud pie cookie, but I wanted them to be extra chocolatety. I had one of those light bulk moments and brookies came to mind. Mississippi Mudslide turned into Mississippi Mud PIE. That’s a lot of miss-iss-ippi for one sentence. 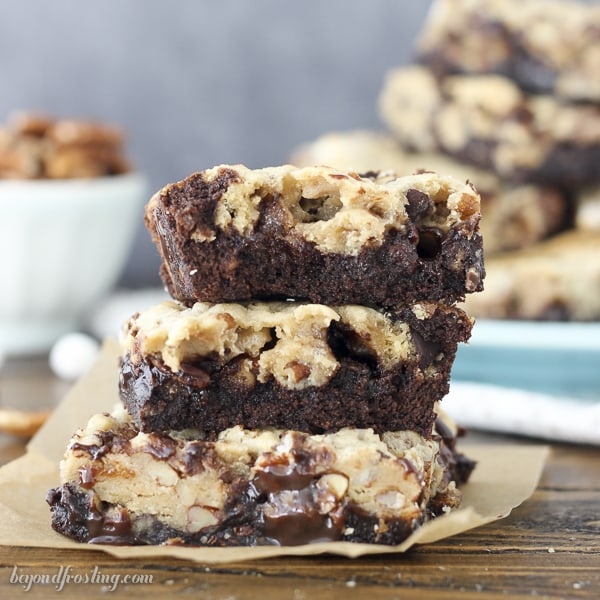 Surely you have heard of a brookie before, right? It’s basically a brownie baked together with a cookie. When I make brookies, I always have the double layer. You get the fudgy chocolate brownie on the bottom and the soft chocolate chip cookie on top.

For these brownies, I’ve gone ahead and added crushed pecan and mini marshmallow. The pecans are nice and crunchy because I’ve not only added them into the cookie dough, but I’ve also sprinkled a layer of them on top of the brownies. I’ve done the same thing with the mini marshmallows. This way, you’ve got that ooey gooey marshmallow pieces in every piece. It’s the same thing I did with my Marshmallow Oreo Brookies. 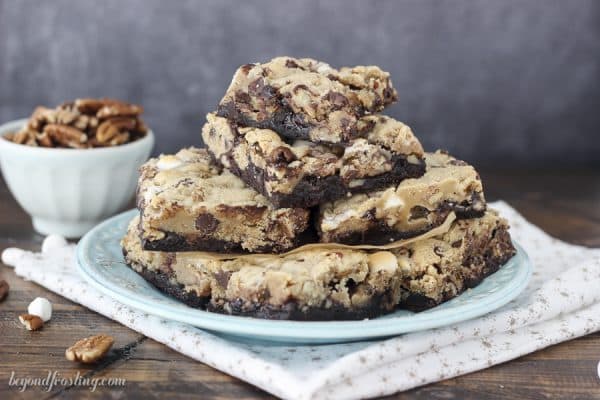 I thought about sharing these with my coworkers on Monday, but then I decided to throw them in my freezer for a rainy day. Just don’t tell me coworkers, mmkay?

For this recipe, you will need a box of brownie mix. You will mix the batter according the instruction on the box. Now I’ve never made them with homemade brownie mix, but I certainly think that is a good idea! Spread the brownie batter over the bottom the pan. 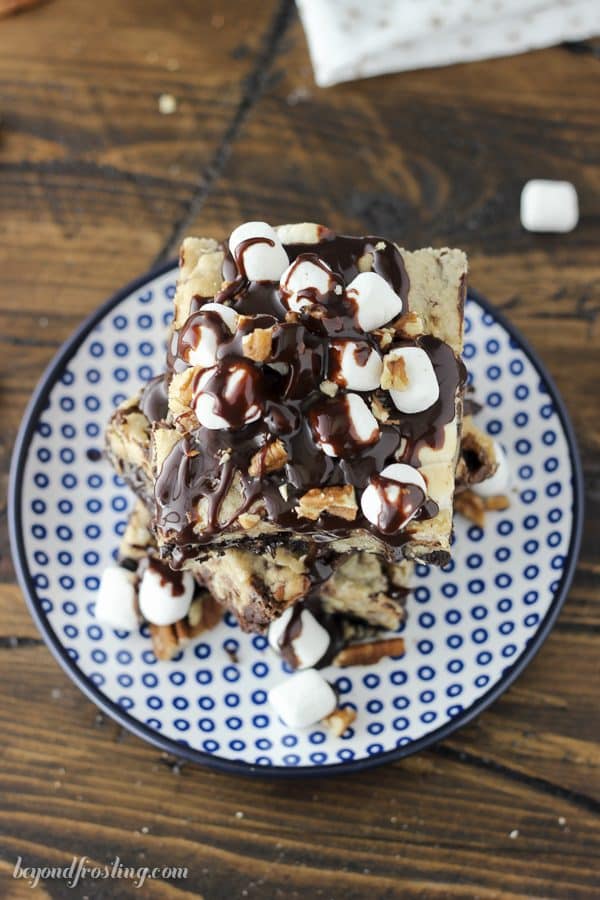 Then you make a batch of cookie dough, mix in all the magical goodness (Pecan and Marshmallow, I’m looking at you!) and gently layers it on top of the brownies. I like to flatten the dough with my hands, and then put it together like a puzzle on top. It all bakes together and looks uber pretty. Hooray!

Now time to go grab one of these from the freezer. Might I suggest warming these up in the microwave and drizzling with hot fudge? How about a scoop of vanilla ice cream? Now we’re talking. 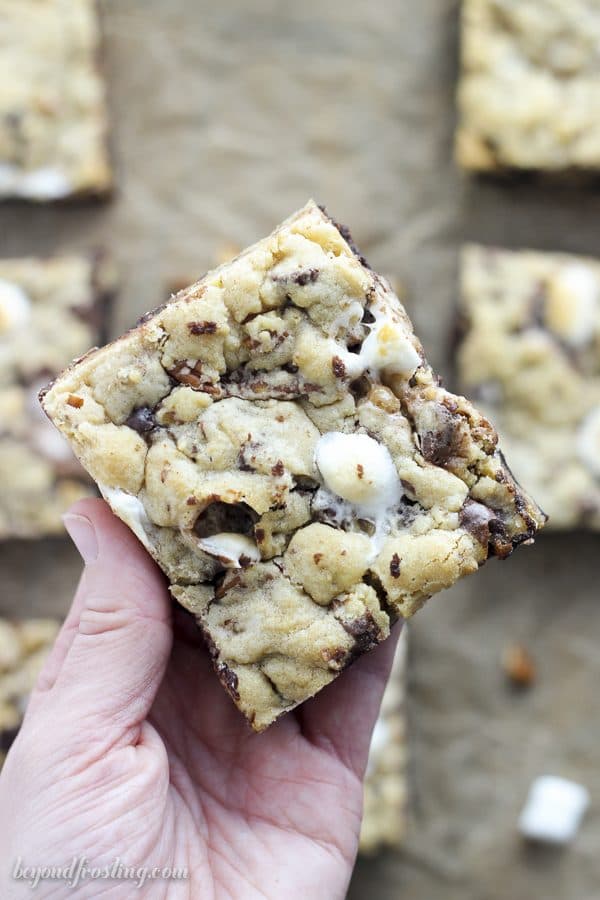 More from Beyond Frosting 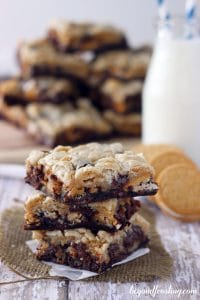 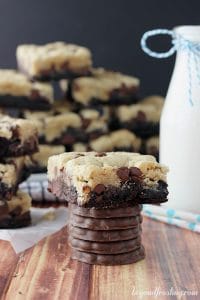 Do you love these brookies? Make sure you stop by for more!