Leftover Candy Shortbread Bars make quick work of any Halloween candy you’ve got hidden away. You can use any combination you’d like to make this delectable treat. 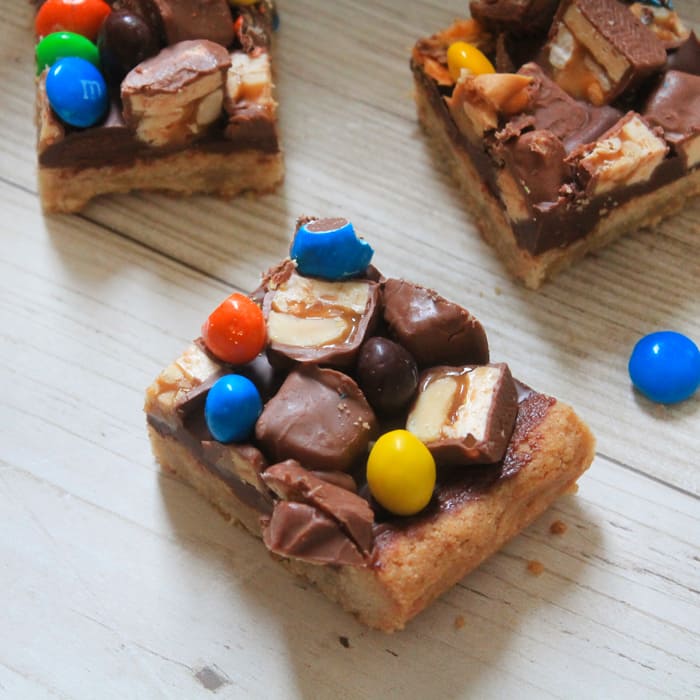 Hi there! My name is Amber, and I’m the blogger behind BluebonnetBaker, and also the managing editor of Food Fanatic, where Joan had just become a chocolate contributor. If you haven’t checked out the slow cooker chocolate lava cake she did for us, you really must!

This past weekend was my son’s third Halloween, even though he *just* turned 2. You see, he actually came home from the hospital on Halloween. Which led to my sister calling him Pumpkin Doodle, that somewhere along the way got shortened to Doodle.

There you have it, folks. In about a decade, my kid will be mortified that I admitted to all the internets that his nickname has been Doodle since about day three of his life. 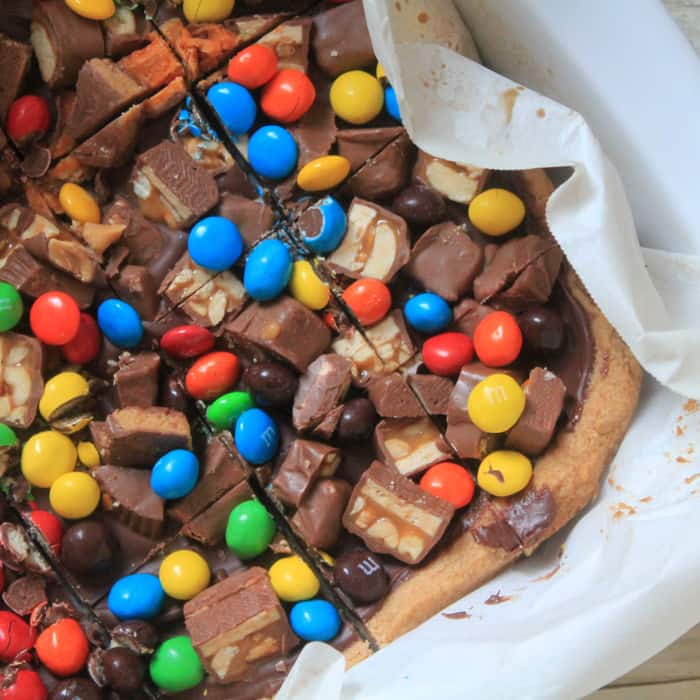 To make up those sorts of injustices to him, I bake delectable treats. I figure there’s no harm in building up some good will credit with the toddler so that just maybe, when the teenage years hit, he’ll take it easy on dear ol’ Mom.

A girl can dream.

So this Halloween was really the first time that Evan ‘got it’. You should have seen the lightbulb that went on when he realized he could hold up his big orange bucket to people and they would just give him candy!

He didn’t even have to go so far as “please”, “thank you”, or “trick or treat”. (Though Mama and Daddy said that plenty for him.) I don’t think it hurt that he was dressed up adorably as Jake from Jake and the Neverland Pirates, including spikey black “hair”. 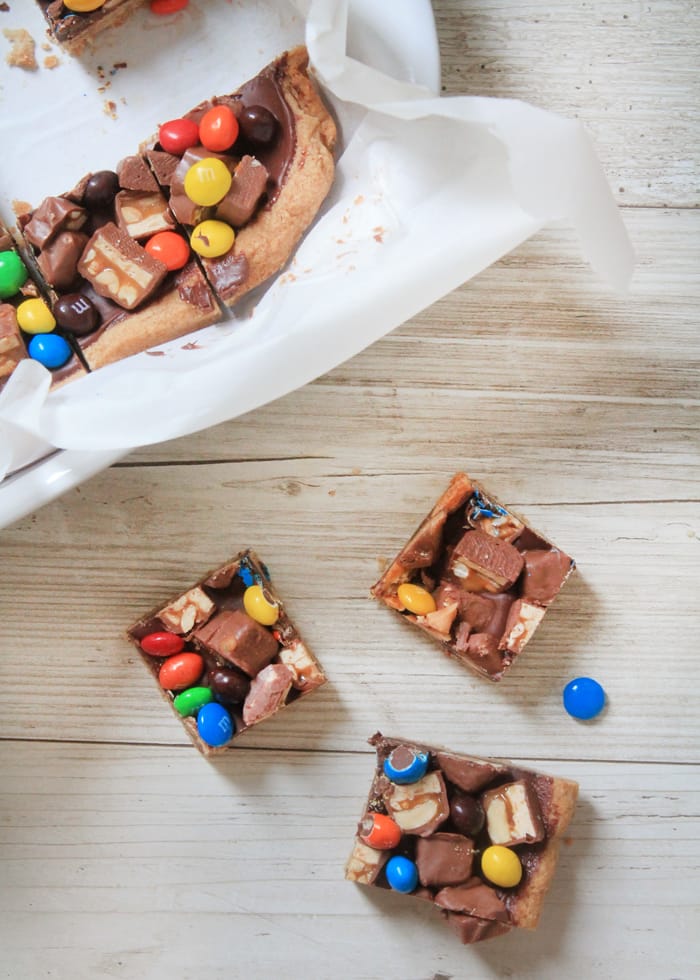 He had an absolute blast, and truly enjoyed the five pieces of chocolate we allowed him to have. But let me tell you – his cuteness knew no bounds that night, and we ended up with a pretty significant bucket of candy. Sure, his father and I could eat it over the next few months and he’d never be the wiser (well, until he reads this blog post).. but that seems a little too easy.

Enter this crazy good recipe for Leftover Halloween Candy Shortbread Bars. Good gravy, I mean it. They’re SO good! Especially because you can use any combination of candy you’d like. I went for a mix of Snickers, Baby Ruth, M&Ms, Butterfinger and Reese’s Peanut Butter Cups, but Almond Joy, Zagnut and Hershey’s Bars would be equally good here.

They’re pretty rich, so an 8×8 pan can strech pretty far, and you’ll still use up a significant portion of leftover Halloween candy in a completely delicious way. They’d make a great treat for Thanksgiving dessert too, if your Halloween candy stretches that far.

Thank you so much for letting me visit today, and share a little chocolate with you too. Not much can top that, as Joan told me in pretty much the first sixty seconds of meeting her.