Chocolate Sugar Cake is a simple cake that’s lighter than air and baked in a skillet to keep it moist inside. Sprinkle some powdered sugar on top for decoration or serve with a little whipped cream for a melt in your mouth dessert. 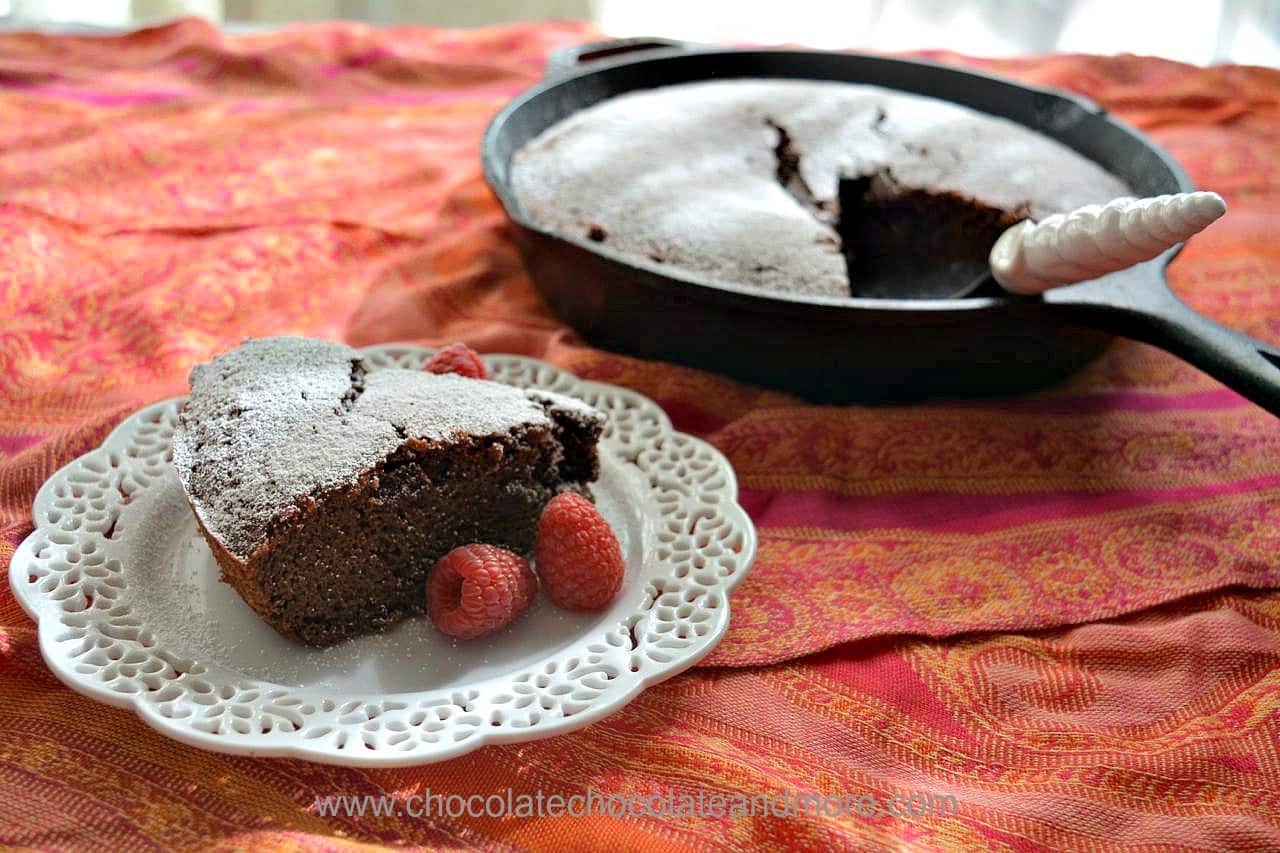 It’s been a quiet week at my house. Becky went back to school on Sunday and Tim has been staying with friends. My oldest stopped by last night to pick a few things up so at least I got to see him.

With a bum knee, I’m not doing a whole lot. I’ve done a little baking, binge TV watching and I set up my class web sites. I will go in to work tomorrow to make copies for the first day. Classes start next week so life will get busy fast.

I’ve got a confession to make. I’m not a huge icing fan. A thin layer on top is enough for me. I know many people like a little cake with their icing but I’m the opposite. A simple cake with a little powdered sugar or even jam works for me. 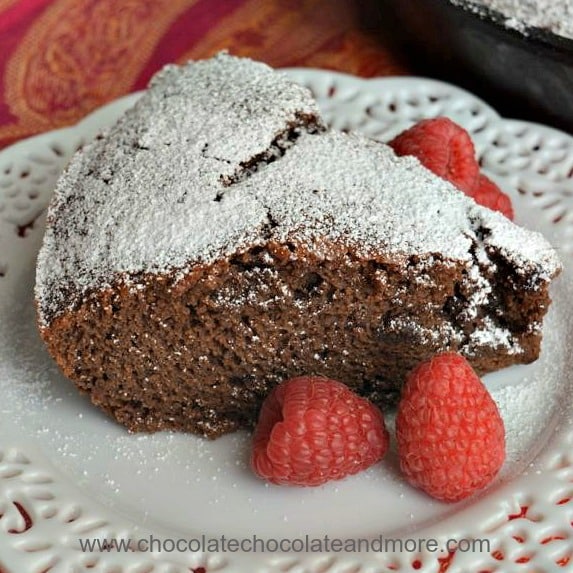 Joan left behind this recipe for Chocolate Sugar Cake. Like her Old fashioned sugar cake, this is a lighter than air cake, similar to an angel food cake but not sticky.

It did take me three tries and some tweaks to get it to come out right. Joan had a bit too much leavening for it to rise and stay risen. So my first cake caved in as it cooled. I reduced the baking powder but it still caved in a little so I decided to add more fat. Joan only ever had whole milk in her house. I drink 2% milk so I added some cream. If you don’t have cream handy, melt a few tablespoons of butter.

This cake has only egg whites making it a little lower in fat. I used coconut oil as the shortening since that’s a little healthier than Crisco. Even though Chocolate Sugar Cake is low fat, it’s melt-in-your-mouth delicious.

Cooking it in a cast iron skillet keeps the outside as moist as the center. I love my cast iron cookware. When it’s maintained, it’s as good as any non-stick surface without toxic chemicals used in non-stick.  Cast iron also cooks evenly. Bread and pies baked in cast iron develop crisp crusts.