Homemade caramel sauce and chopped apples inside and out makes these Apple Cinnamon Rolls burst with fall flavors. Make a batch ahead and freeze them so you can have them any time. 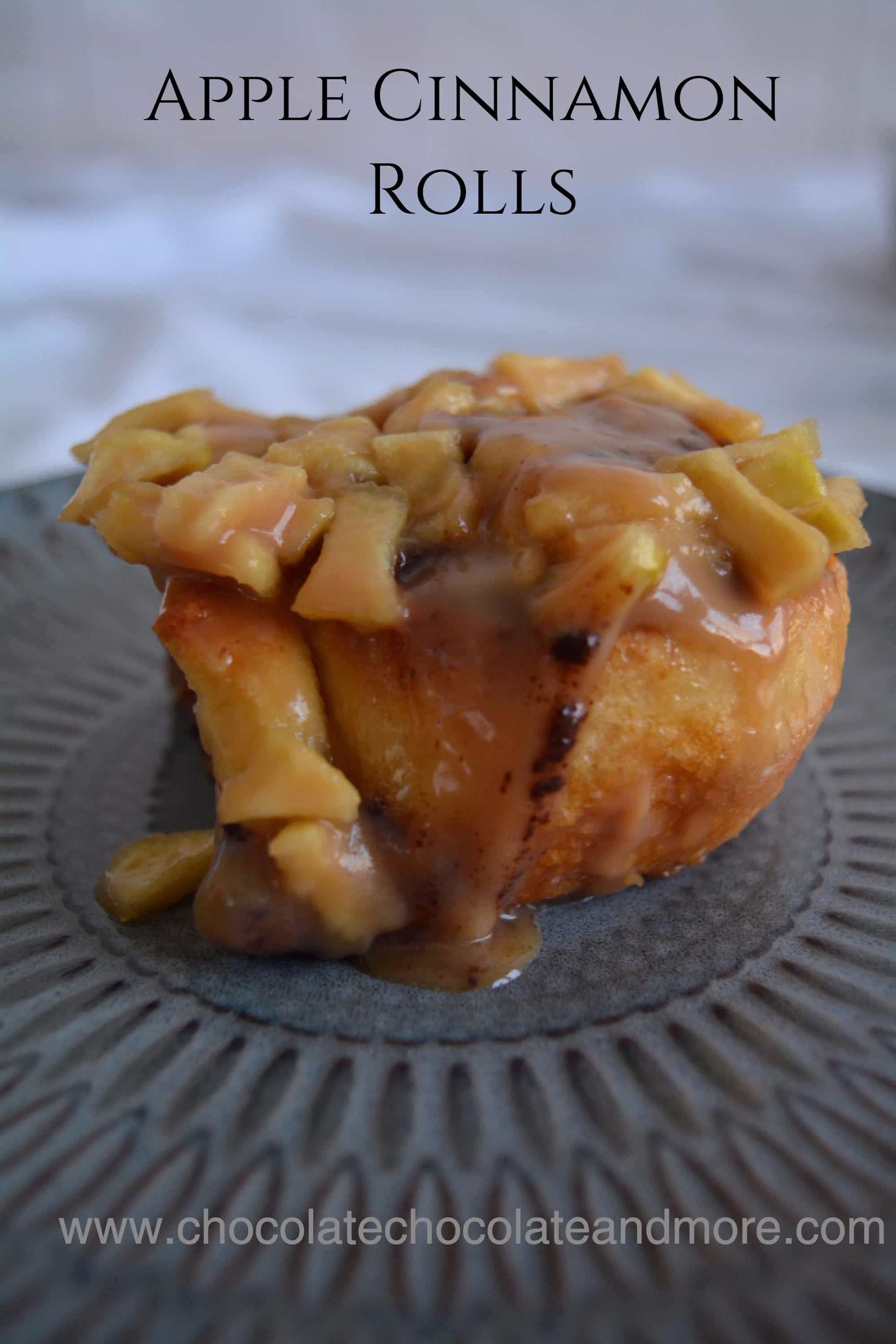 Joan left this partially finished recipe behind. It had everything but the topping so I had to imagine what she envisioned.

I made these three different ways. First I followed Joan’s recipe for cinnamon rolls but added sliced apples in the middle. These tasted great but still lacked a topping. So, if you’re in a rush, you can actually skip the topping in this recipe. 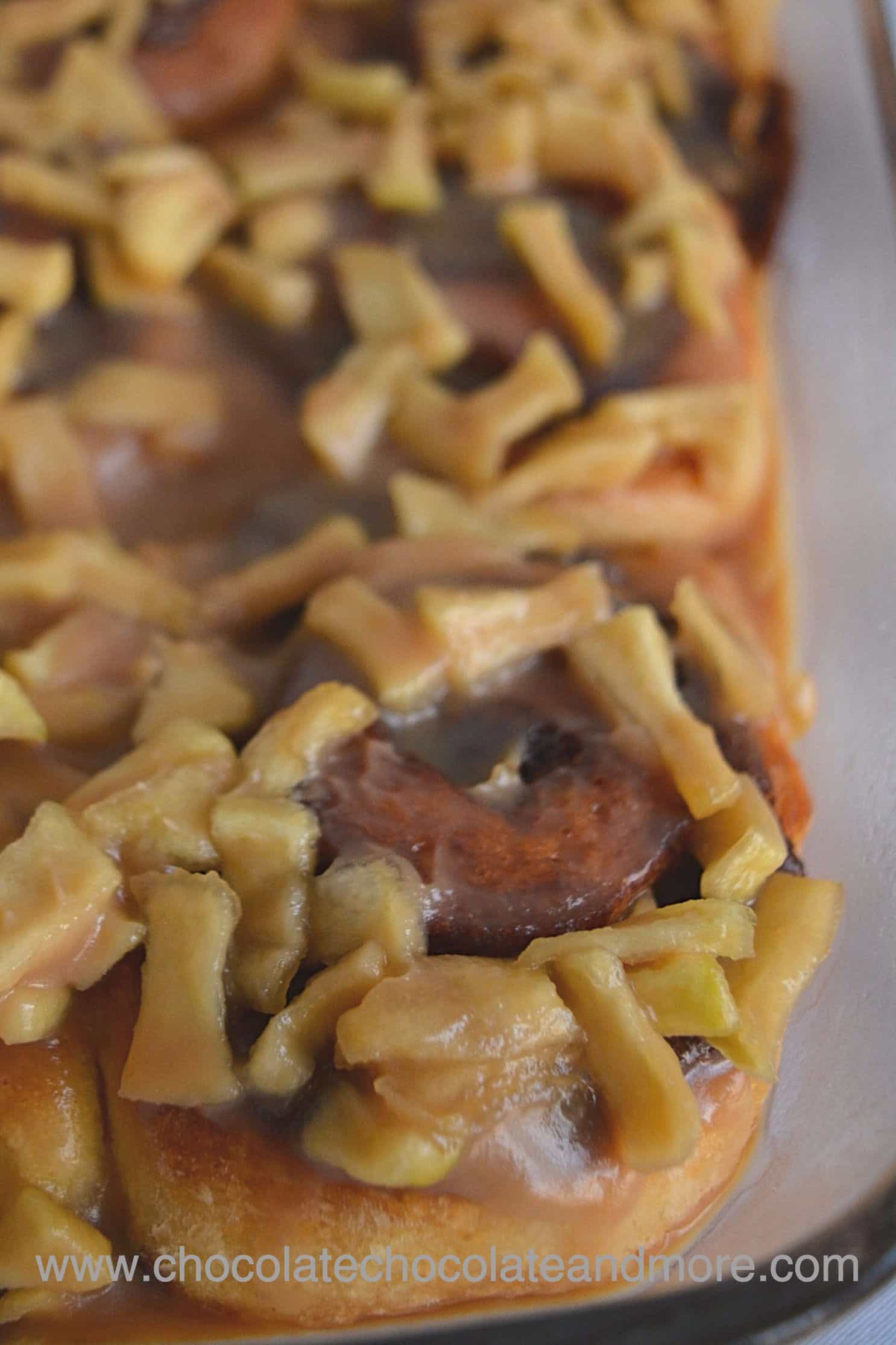 For round three, I though I’d make the cinnamon rolls with apples inside and then top them with caramel and more apples after I baked them. This worked well. Even though my friends were happy with the previous two “mistakes” I think this is the one. Guess the third time really is the charm.

These apple cinnamon rolls are wonderful even without the caramel and apples on top but I really couldn’t resist. If you’re really in a rush, you can substitute caramel ice-cream topping. Heat it up a little before you pour it on the apples so the apples soften up.

These apple cinnamon rolls freeze really well. You can refrigerate or freeze them right before baking. Just make sure they’re room temperature before you put them in the oven. You can also freeze the finished rolls. If you want to have some handy for a quick breakfast, wrap finished rolls individually and freeze. Then pull some out the night before to thaw or (if you’re daring) microwave them in the morning. 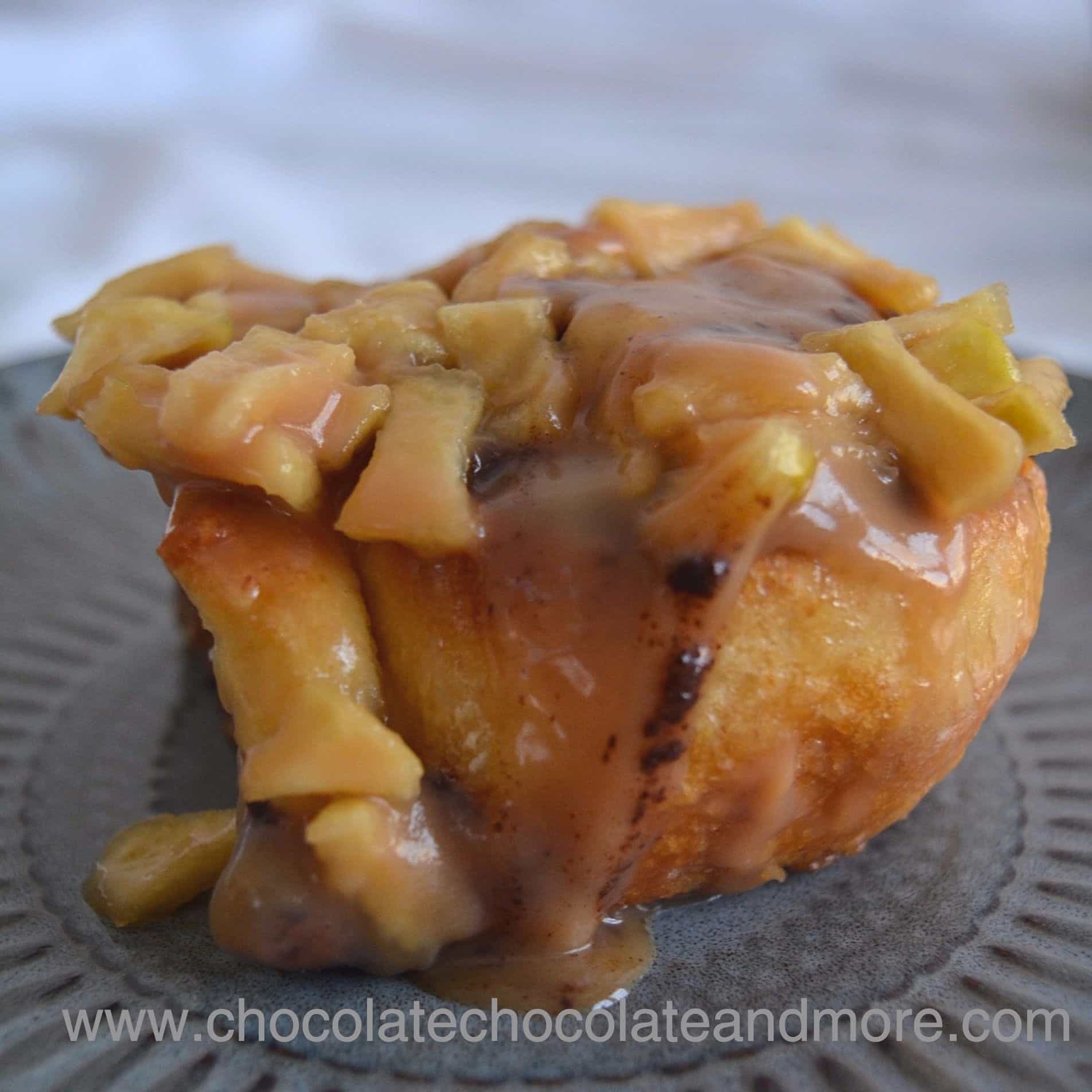 for the apple topping 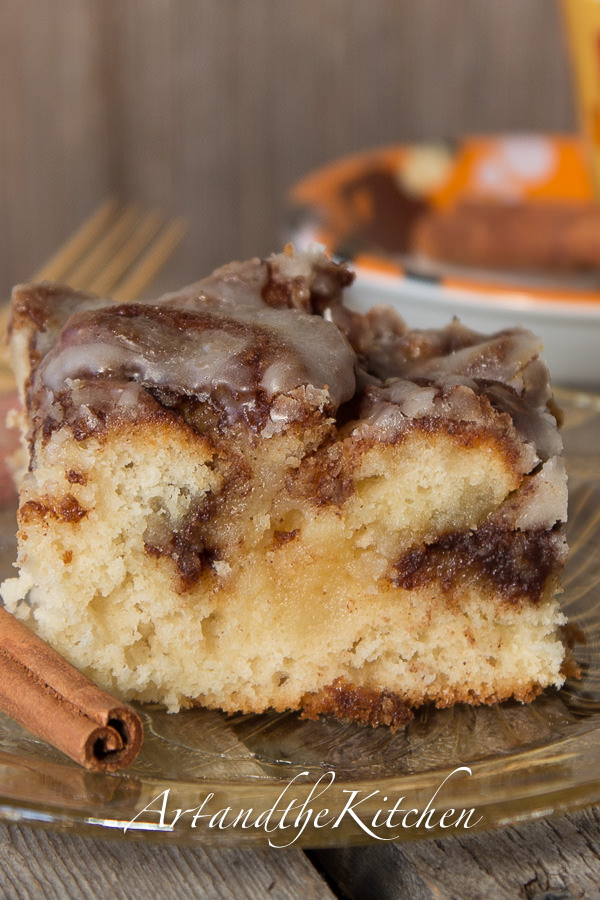 Cinnamon Roll Swirl Cake from Art and the Kitchen