Cinnamon Swirl Twisted Bread-you won’t believe how easy this bread is to make! 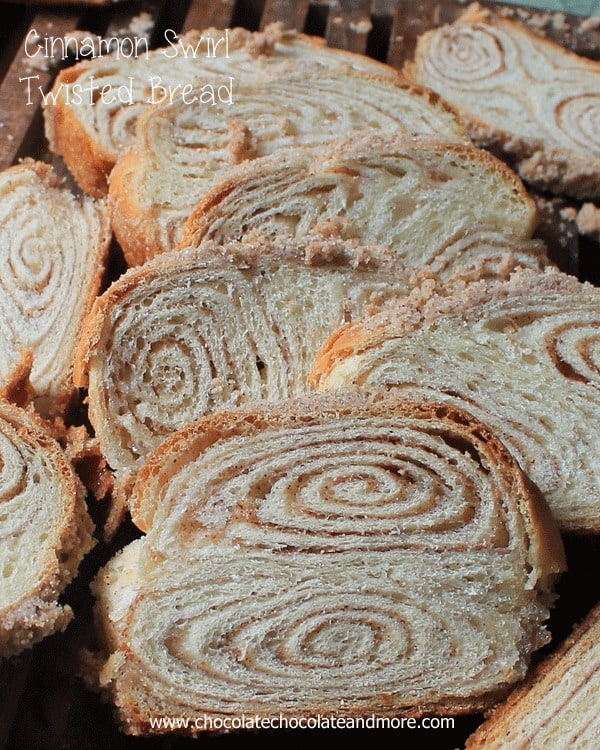 Sometimes you just need to get in the kitchen and bake. This bread is a result of that.

I was in a bread baking rut. Not really a rut but I hadn’t baked bread in  about a month.  I missed playing with yeast. There’s just something about kneading bread dough mindlessly for 8-10 minutes. Forced to stand still with my hands occupied. The rocking and rolling movement of the dough against the counter. It forces my mind to slow down. 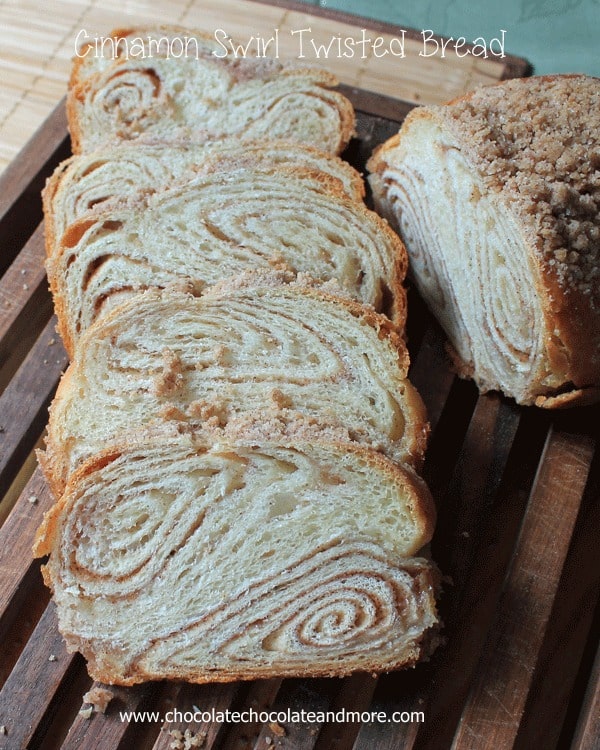 Yeah, I might be a bit ADD. It’s hard for me to just stand still and not be doing 10 things all at the same time. It doesn’t mean I do them all well, mind you, but I keep trying all the same.

I’ve tried to get organized about it. Create lists. But then I misplace the list, or I do half of the list and then run off on some tangent that kinda, sorta related to one thing on the list. 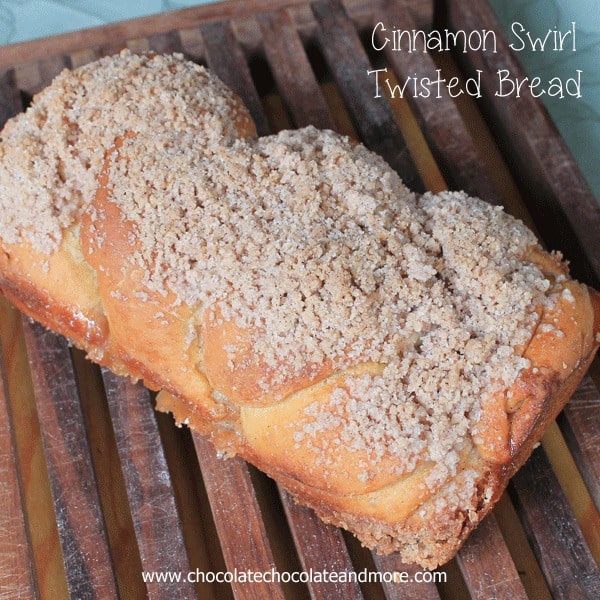 There used to be a term for this odd behavior when I was younger. Scatterbrained. Now I just look on it as my creative side over-running the logical side. I still keep lots of lists, I just don’t stick to them very often. 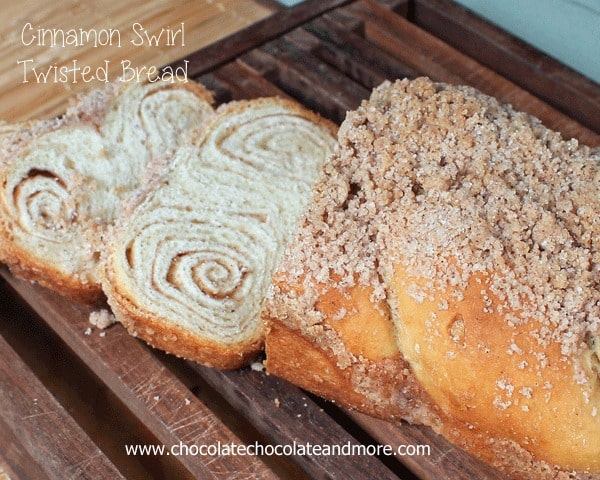 Wanting to get my hands into some bread dough, I thought of my Chocolate Babka but knew I didn’t want to spend all day making bread. I wanted it now, or at least in a few hours. And then it hit me, why not just make a Cinnamon Bread and give it a twist? Bread dough is so giving, after all, we knead it for 10 minutes, a little twist won’t hurt. 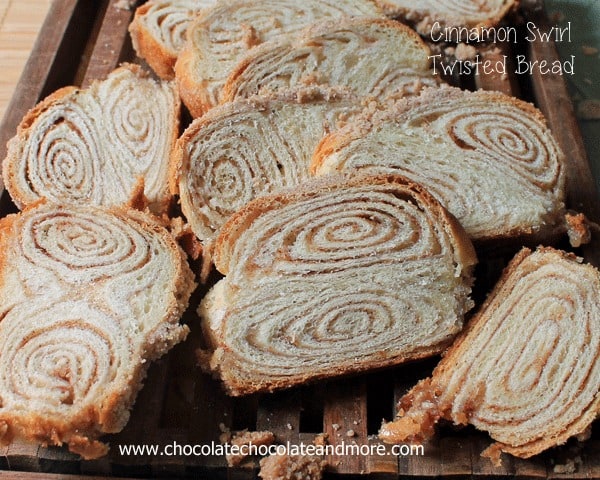 I may twist all my doughs from now on!

for the filling
for the topping 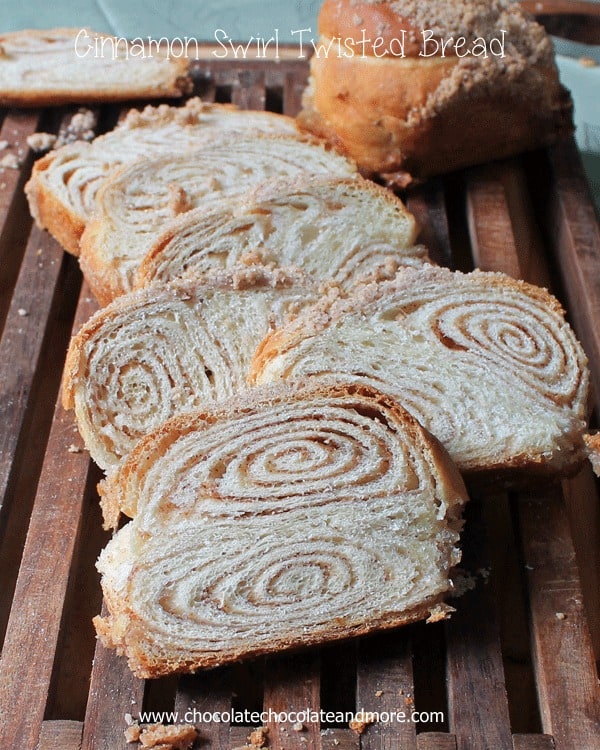 Need more yeast in your life? 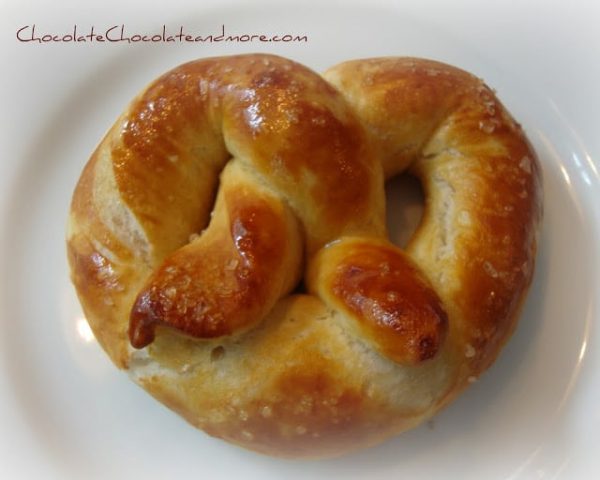