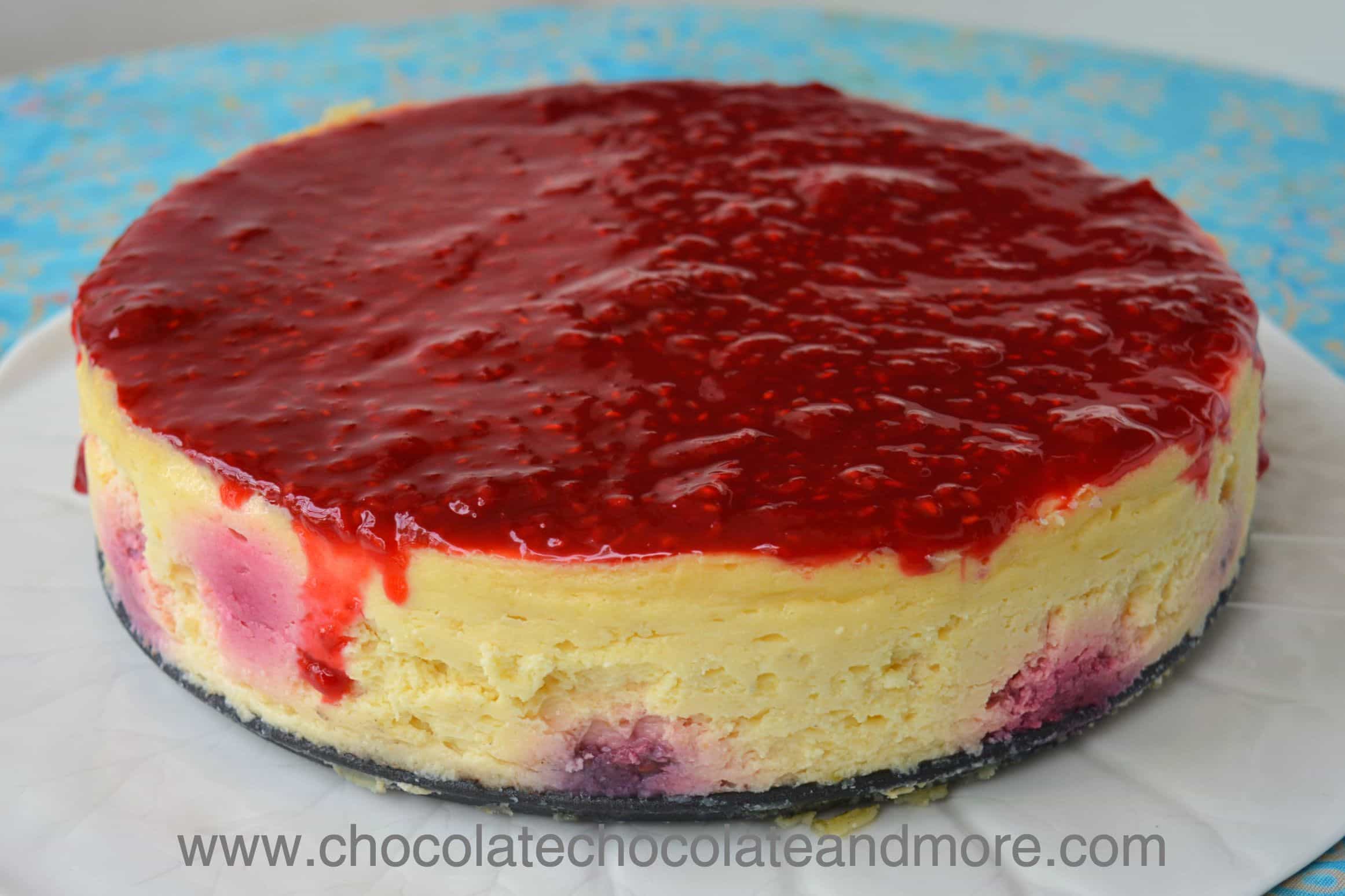 My study abroad students are here so last week we spent touring the amazing temples of the Angkor archaeological park.  Our busy schedule left no time to bake. I’m making up for it this week with this raspberry lemon cheesecake.

I’m a sucker for raspberries. When I was a kid, my neighbors had raspberry bushes. The neighborhood kids used to sneak over and grab the berries fresh off the bush.  It drove our poor neighbors crazy but those berries were irresistible. Back home I have raspberries nearly every day in my oatmeal at breakfast.

Fresh berries are incredibly expensive here in Cambodia because they are all imported. A small container of raspberries usually runs about $10 (compared to $3 in the US). A few weeks ago, I bought a big bag of frozen raspberries at a reasonable price so I used frozen berries for this cheesecake. 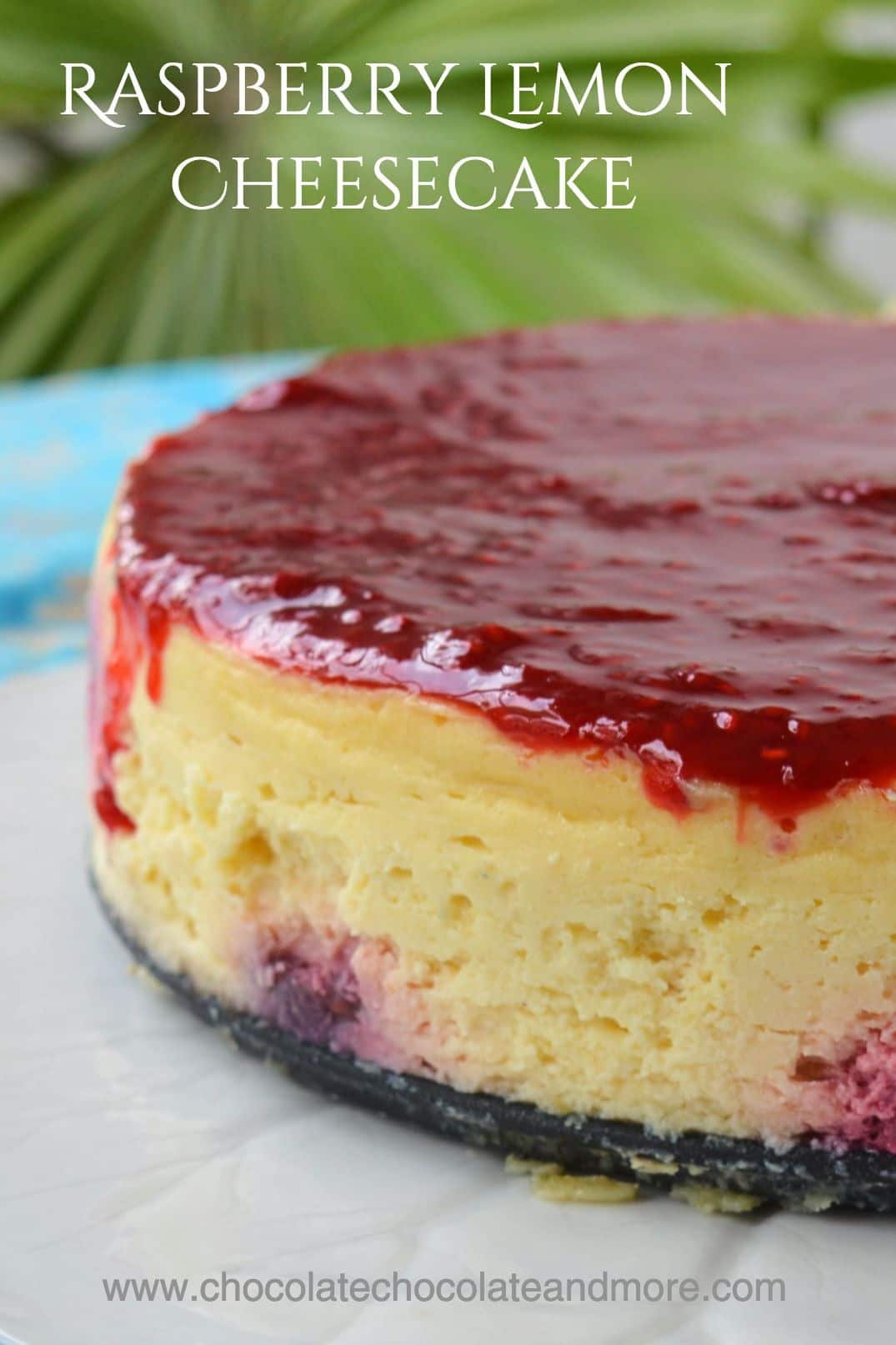 I also love lemon – especially in the summer. It reminds me of those lazy summer afternoons drinking lemonade with friends.

There’s no sugar in the list of cheesecake ingredients. That’s not a mistake. I wanted the tart flavor of lemons to come through so the sugar in the cake comes from the lemon curd. The tart topping adds even more zingy flavor to this creamy cheesecake.

And now for a confession. This cheesecake is so amazingly flavorful and creamy that my friends ate it all before I could save a slice to photograph. You’re going to love the summery flavors in this cheesecake!