Raspberry Hazelnut Torte, a traditional nut-based cake soaked in fruit juice and Grand Marnier with raspberry cream filling and raspberry jam topping, is an elegant spring dessert that is easier than it looks. 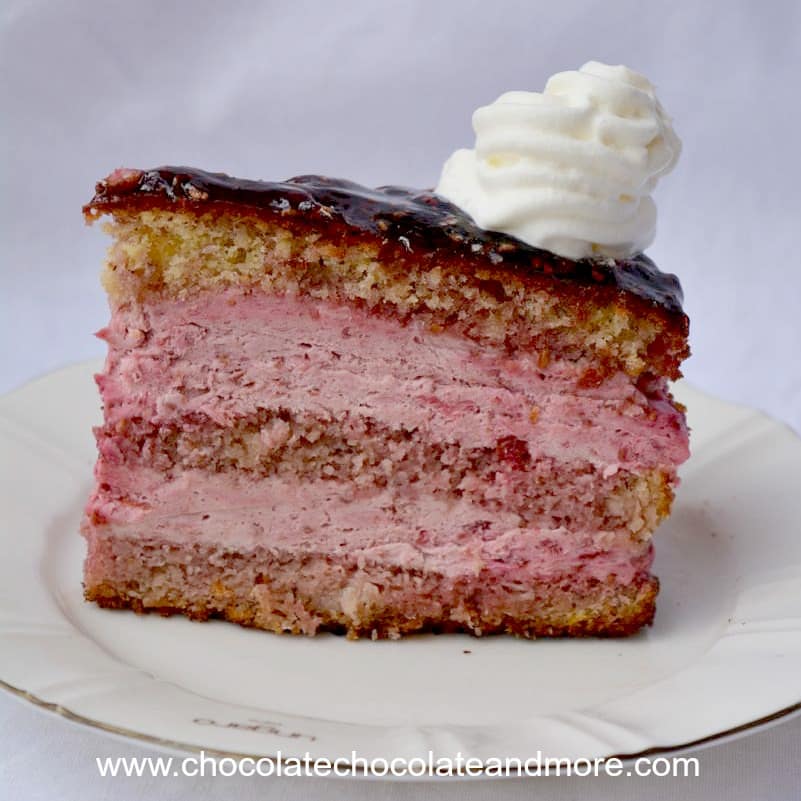 Grocery shopping is always an adventure here. Most baking supplies are imported because Cambodians don’t bake -even though they eat more bread than any other Asian country and they love sweets. So you always have to wait to see what was in the shipping container.

This week, they had frozen Oregon Raspberries, cream cheese, and marscapone. I happened to have some ground hazelnuts so I thought I’d try a European style torte. It was a stretch for me since I haven’t made a layer cake in ages and I didn’t bring cake pans with me. I have to look for recipes that can be made in a springform pan because that’s all that’s available here.

Another weird thing about Cambodia is that books in the bookstore are wrapped in plastic wrap so you don’t know what you’re getting when you buy a new book. I bought The Golden Book of Patisserie without seeing it’s contents. I was hoping for a book on technique but there’s none of that in this book – just recipes.

The recipe for Raspberry Hazelnut Gateau caught my eye in part because I had most of the ingredients and it looked really delightful. I’ve changed it up a bit to make it easier for American cooks to find the ingredients in their pantries. Bob’s Red Mill flour makes a ground hazelnut meal but if you can’t find that or hazelnuts (filberts), you can substitute pecan meal or almond meal. 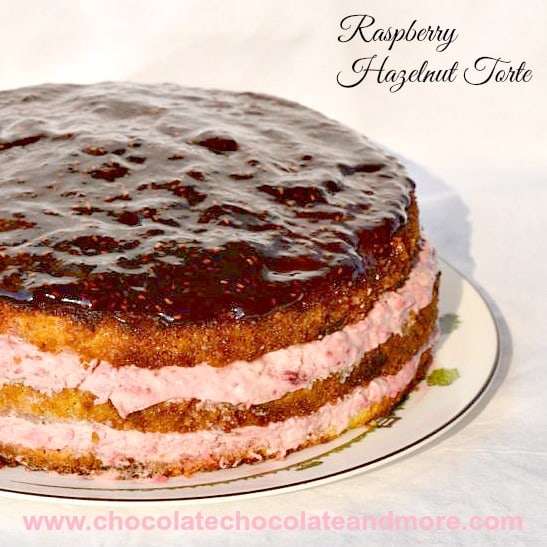 I also substituted Grand Marnier for Kirsch (which I’ve not seen here). The orange flavor really complements the raspberries and you can substitute pulp-free orange juice if you want an alcohol-free version of the cake. Lastly, I only used half as much raspberry jam as the recipe called for. I used half of a 12 ounce jar of Smuckers raspberry jam. You could reduce the sugar by using fruit only jam. 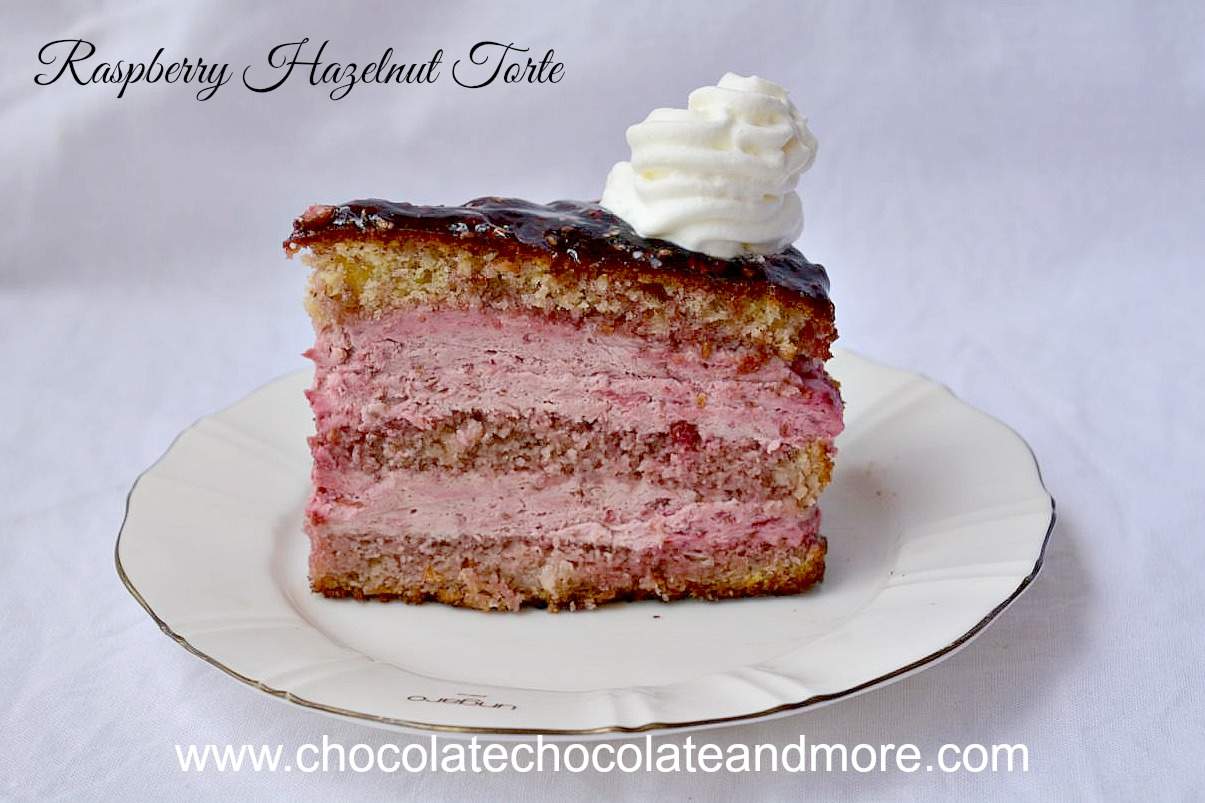 Or this Raspberry Amaretto Croissant French Toast from Nutmeg Nanny.

Or these Chocolate Raspberry Brownies from Barefeet in the Kitchen. 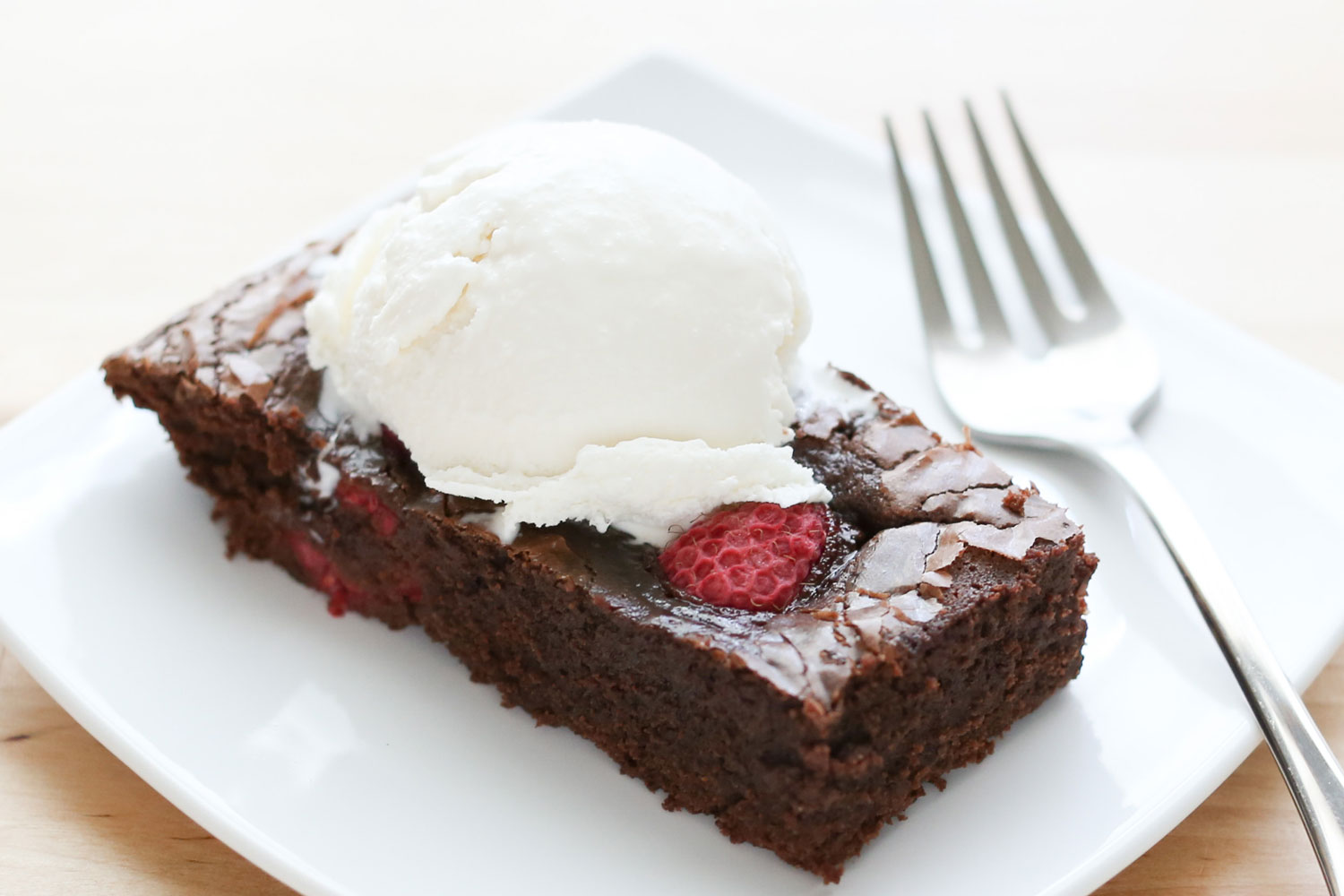 Or this Raspberry Nutella Danish from Crazy for Crust. 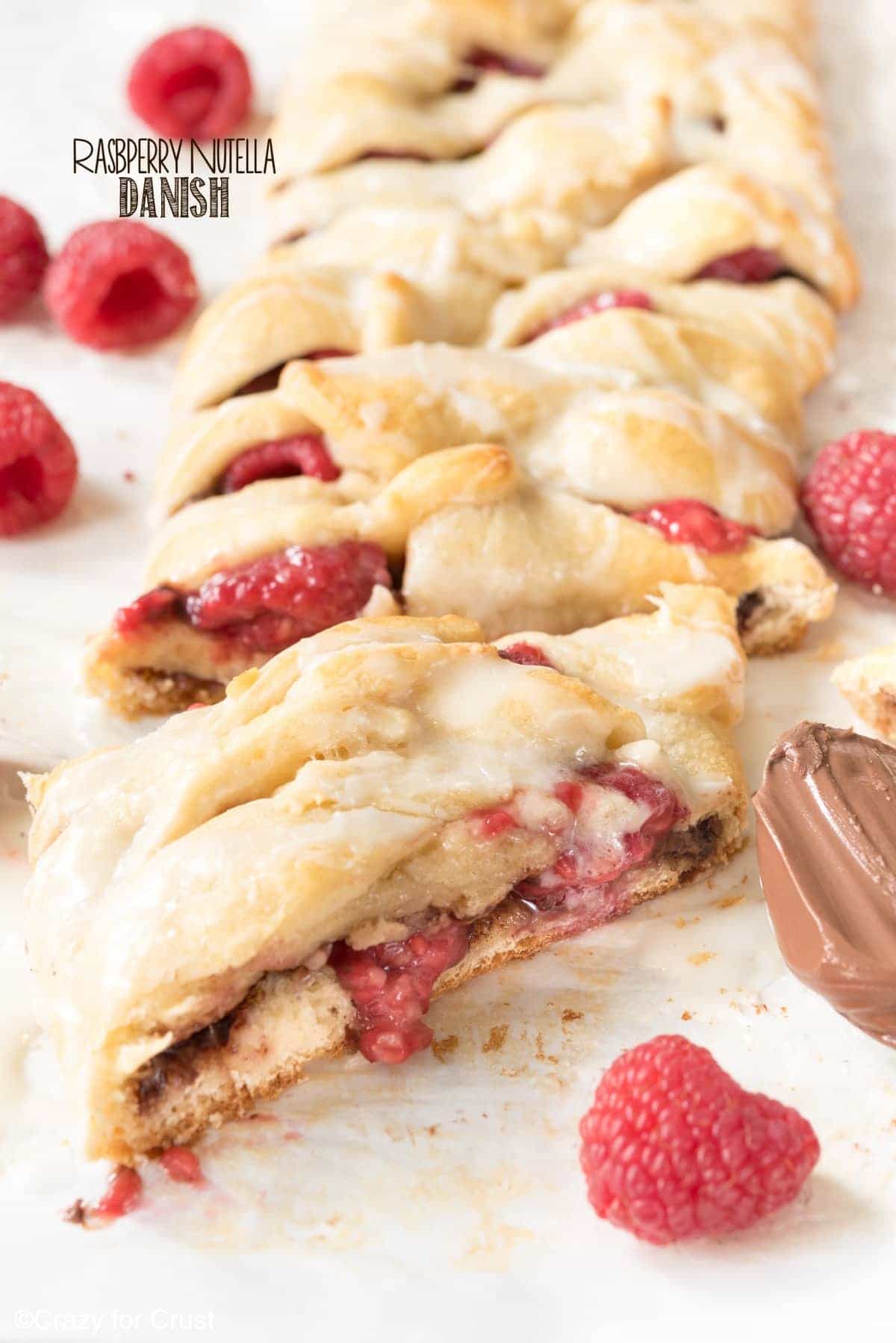