With just a few simple tweaks to your favorite brownie mix, you can have these amazing orange marmalade brownies in less than an hour. 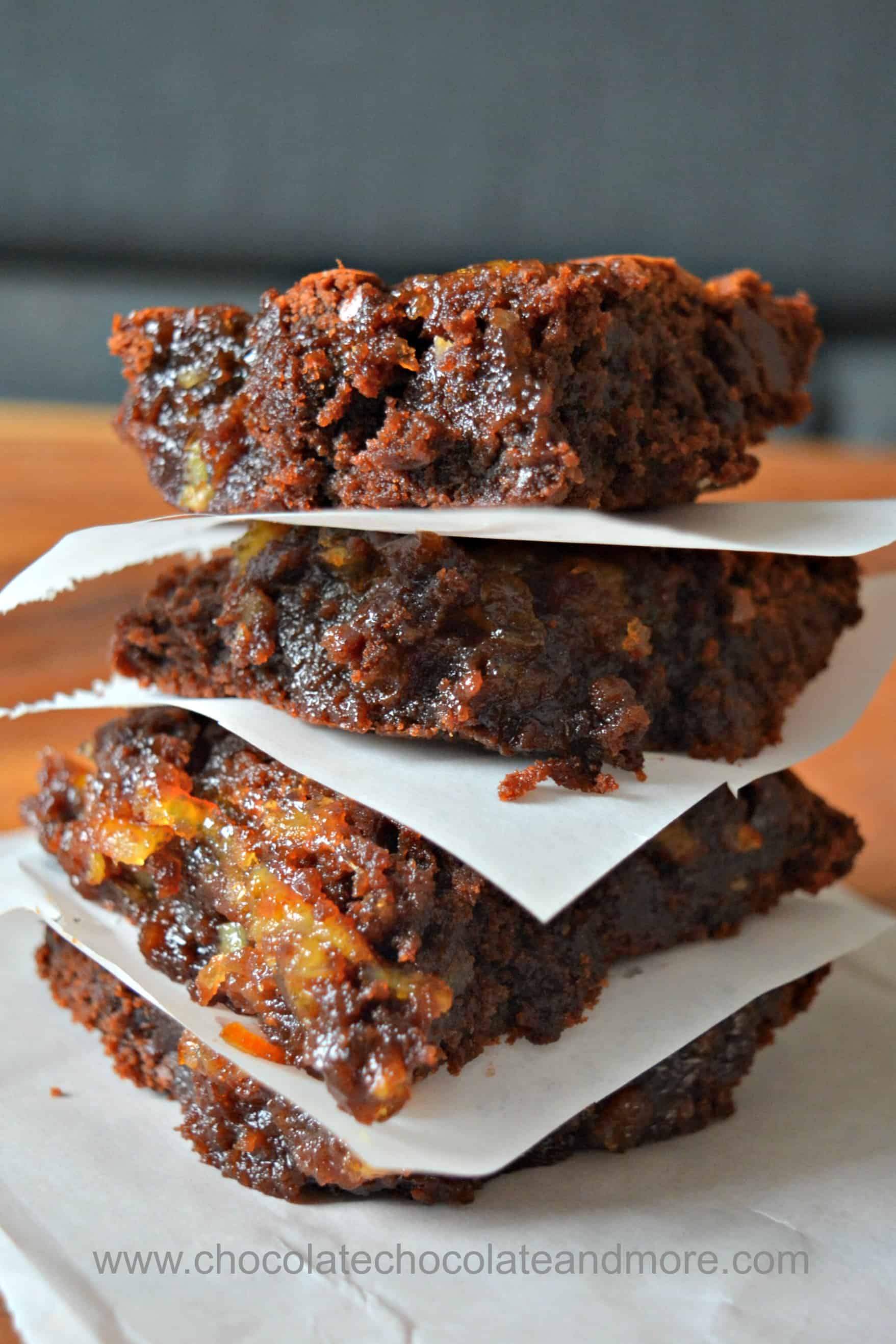 It’s that crazy time of year when parties abound and time is short. Two of my colleagues are going home to Korea soon so we had a going away party at work for them. I baked like a wild dog for Thanksgiving but I only had one slice of blackberry apple pie left to show for it. I needed something quick and memorable for them.

A couple of months ago Jenni Field over at Pastry Chef Online had a bake along with Jamie Schler, the author of Orange Appeal: Savory and Sweet. They made several yummy dishes together but the dessert really caught my eye (go figure). It was a brownie recipe infused with orange and topped with some marmalade. Jamie’s from-scratch recipe comes out as a deeply rich chocolate brownie marbled with orange marmalade. 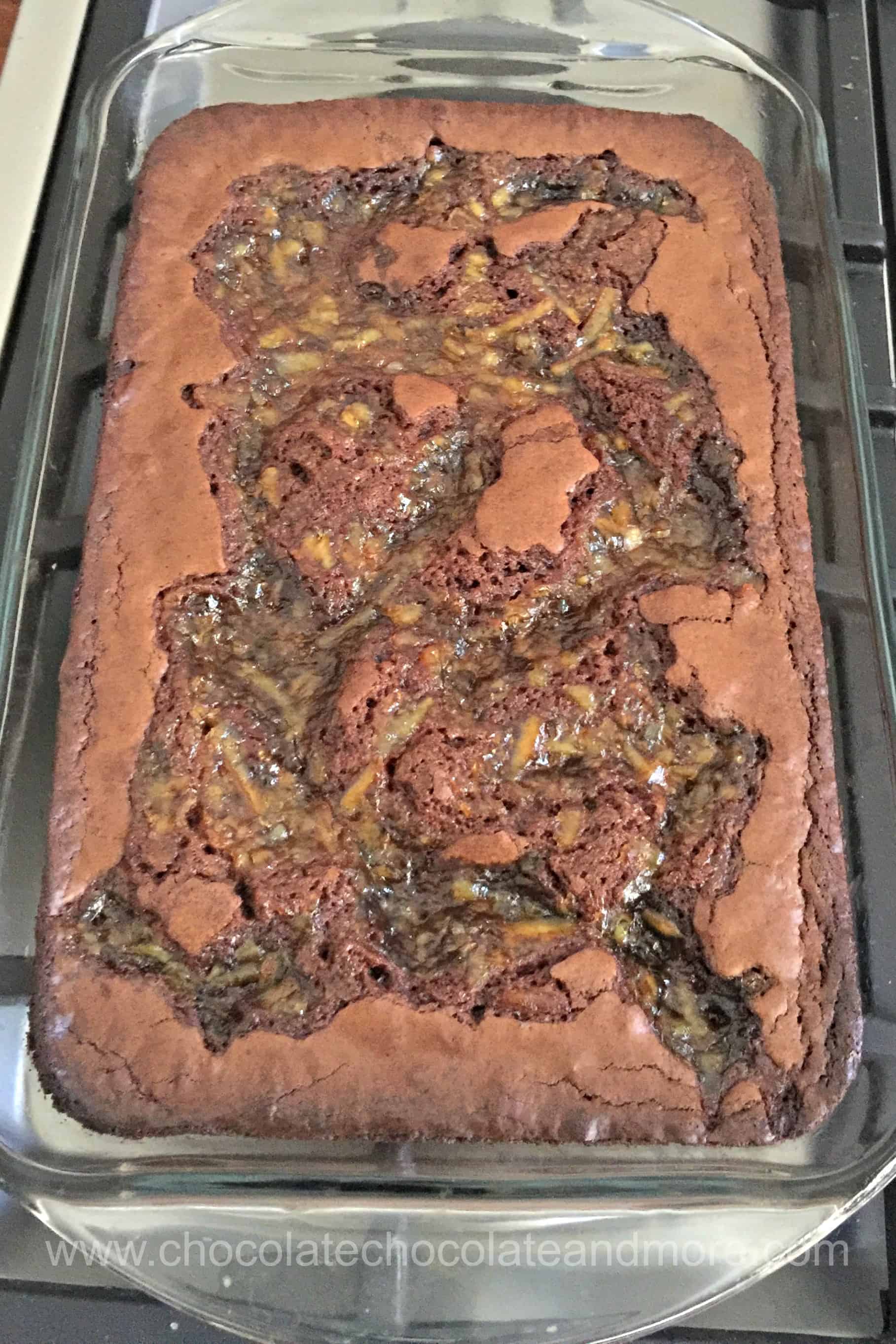 They had a contest for a free copy of the book. You had to bake a batch of the brownies and then take a photo to enter. I bought the marmalade and that’s as far as I got. So no cookbook for me. Now, I don’t like marmalade all that much so I hadn’t touched it. Time to make a simplified version of Jamie’s decadent orange marmalade brownies. 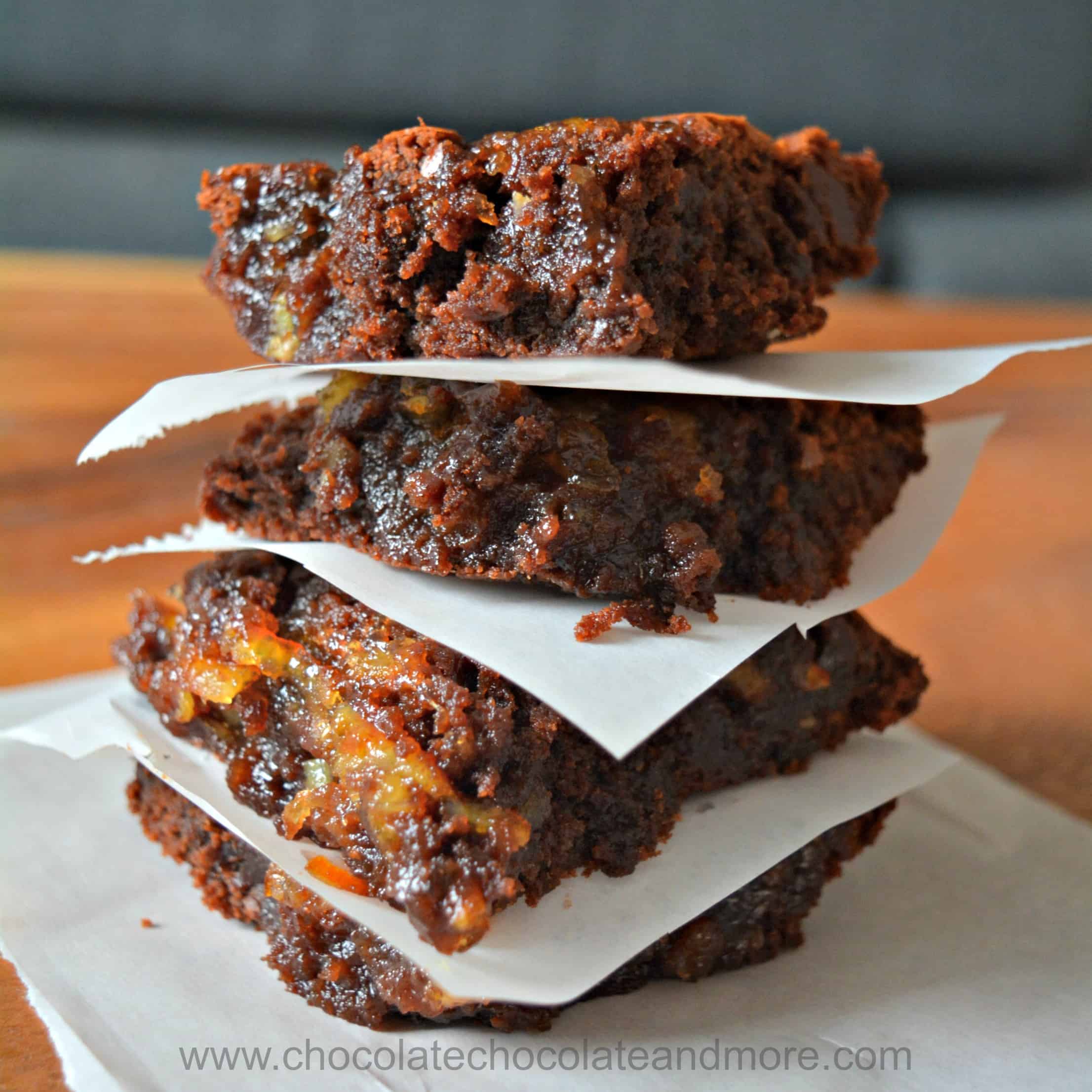 *The brownie mix called for 2 eggs, 3 tablespoons water and 1/2 cup oil. If the brownie mix you use calls for different amounts of eggs and oil, use the ones on the box. Substitute orange juice or Grand Marnier for the water in the mix.