Hummingbird cake is as light and sweet as the name implies, with the added bonus of being dairy free (if you don’t include the icing!) 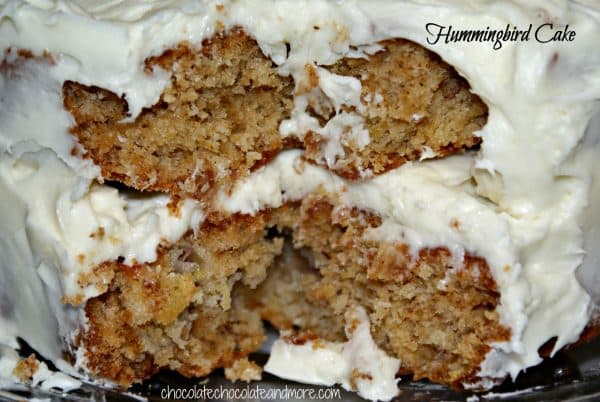 Hummingbird Cake is filled with pineapple and bananas, but is nothing like banana bread or a pineapple cake. It is more like a spice cake with the sweet addition of the fruit, and is so moist it almost melts on your tongue.

This is another recipe that I pulled from my “Pratt and Whitney Delicious Recipes” cookbook; I had some leftover browning bananas and had just made banana bread the week before, so I wanted to see what other good treats I could make with the squishy bananas and what I had in my pantry. I found a can of crushed pineapple, flour, sugar, cinnamon, vanilla — and that was what I needed to give this a try. I will admit, I had ever heard of a Hummingbird Cake before I found it in the cookbook, so I decided to look up a little background while I enjoyed a slice of my baking effort.

The actual history of this cake appears to trace back to Jamaica, where it was originally called Doctor Bird cake: a nickname for the islands national bird — a Red-billed Streamertail, which is also a kind of hummingbird.

It is believed the recipe for this cake was given to tourists to the island in the mid to late 1960’s, and started popping up as Hummingbird Cake (believed to have been renamed because people would “hum” approval with each bite) in the early 1970’s across the United States.

You can make the cake as a bundt cake or a layer cake, and with or without icing (although I would strongly suggest with the icing unless you are trying to keep the recipe dairy-free — the cake is great by itself, but the icing really makes it something special!) I guarantee that you too will be “humming” in delight with each bite of this wonderful cake! 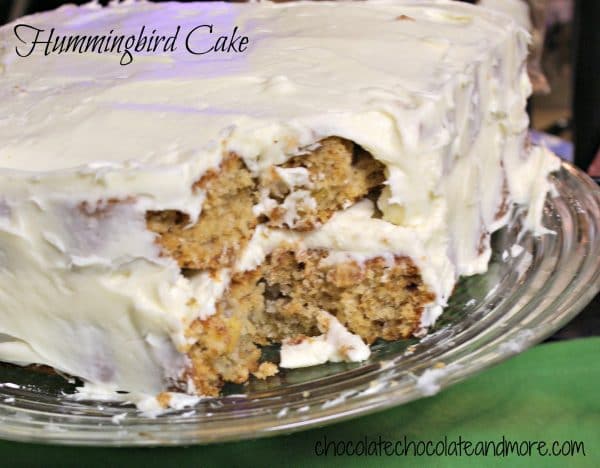 To make the cake:

You might also use your left over bananas for chocolate banoffee pie.

Or maybe some chocolate banana bread

If you have some leftover apples, you might try these Chocolate Cinnamon Apple Roses from Iambaker. 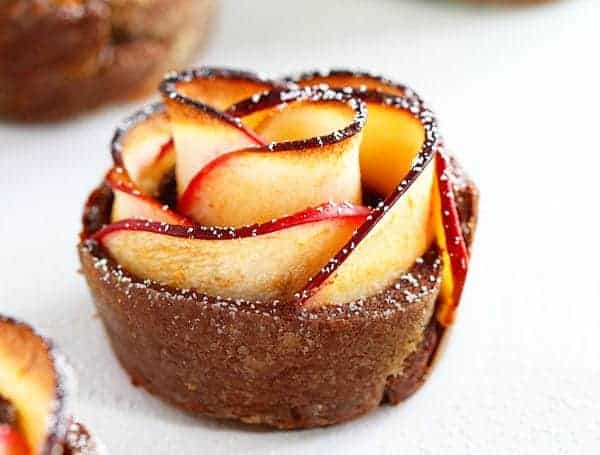