Dark Chocolate Grand Marnier Soufflés are easier to make than you might think. They are light like meringues on top but dense like chocolate mousse in the middle. 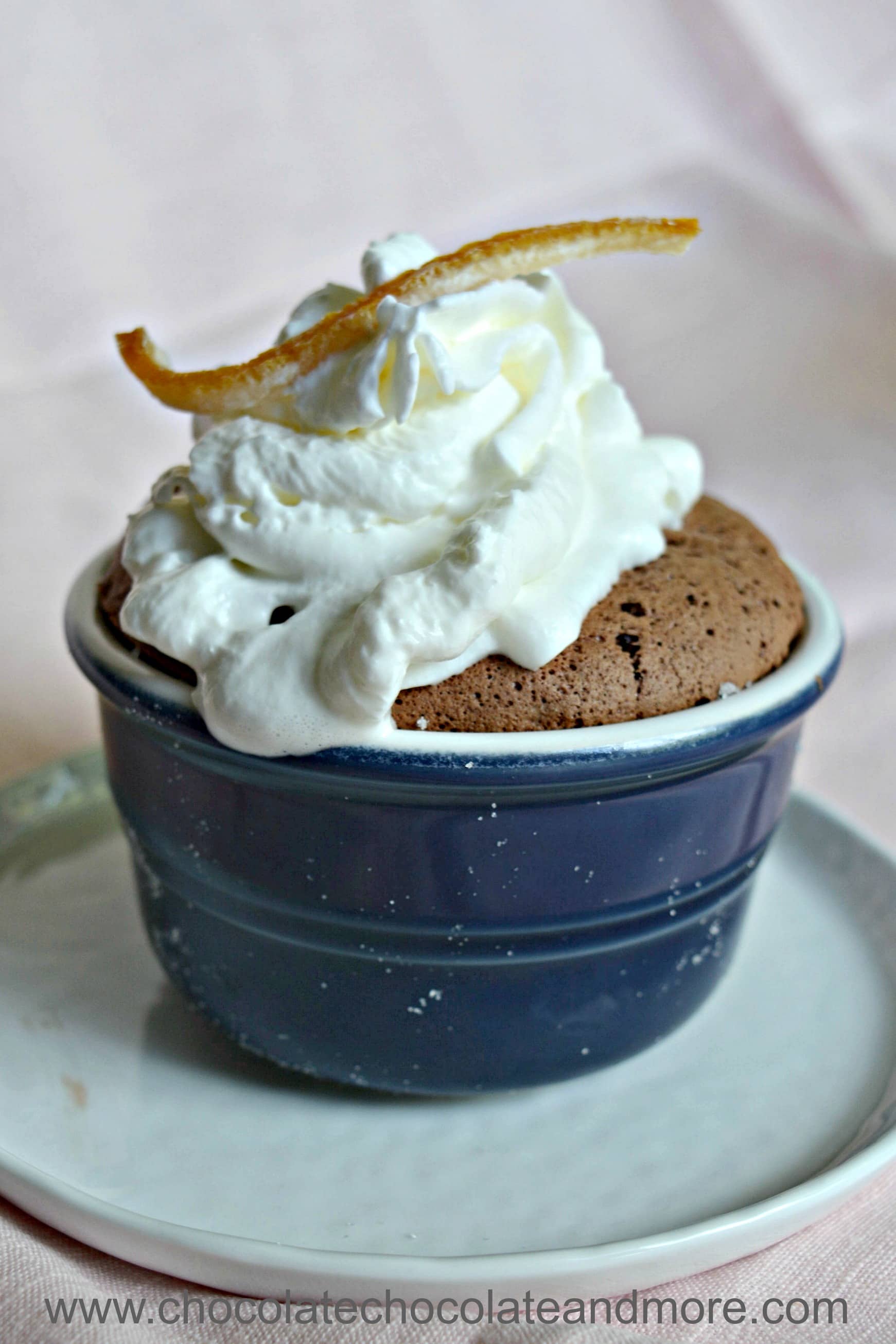 A couple of days ago I took another Sur La Table cooking class. This time the class was on Soufflés. I’ve always felt a little intimidated by soufflés. Every time you see one being made on TV, people tip toe around the kitchen so it won’t fall. With three kids and a dog, this was not something I wanted to endure.

It turns out soufflés used to be popular because they’re so easy. Basically they’re a base with meringue folded in. You can make the base ahead of time and then just make the meringue right before baking. These dark chocolate Grand Marnier soufflés can be made up to a day in advance before baking. Just take them out of the refrigerator when you start heating up the oven so they’re room temperature when they go in.

I was surprised by how intense the flavors are and how creamy the inside is. The outside develops a slight crust (like a meringue) but the inside is dense, moist and very chocolaty. 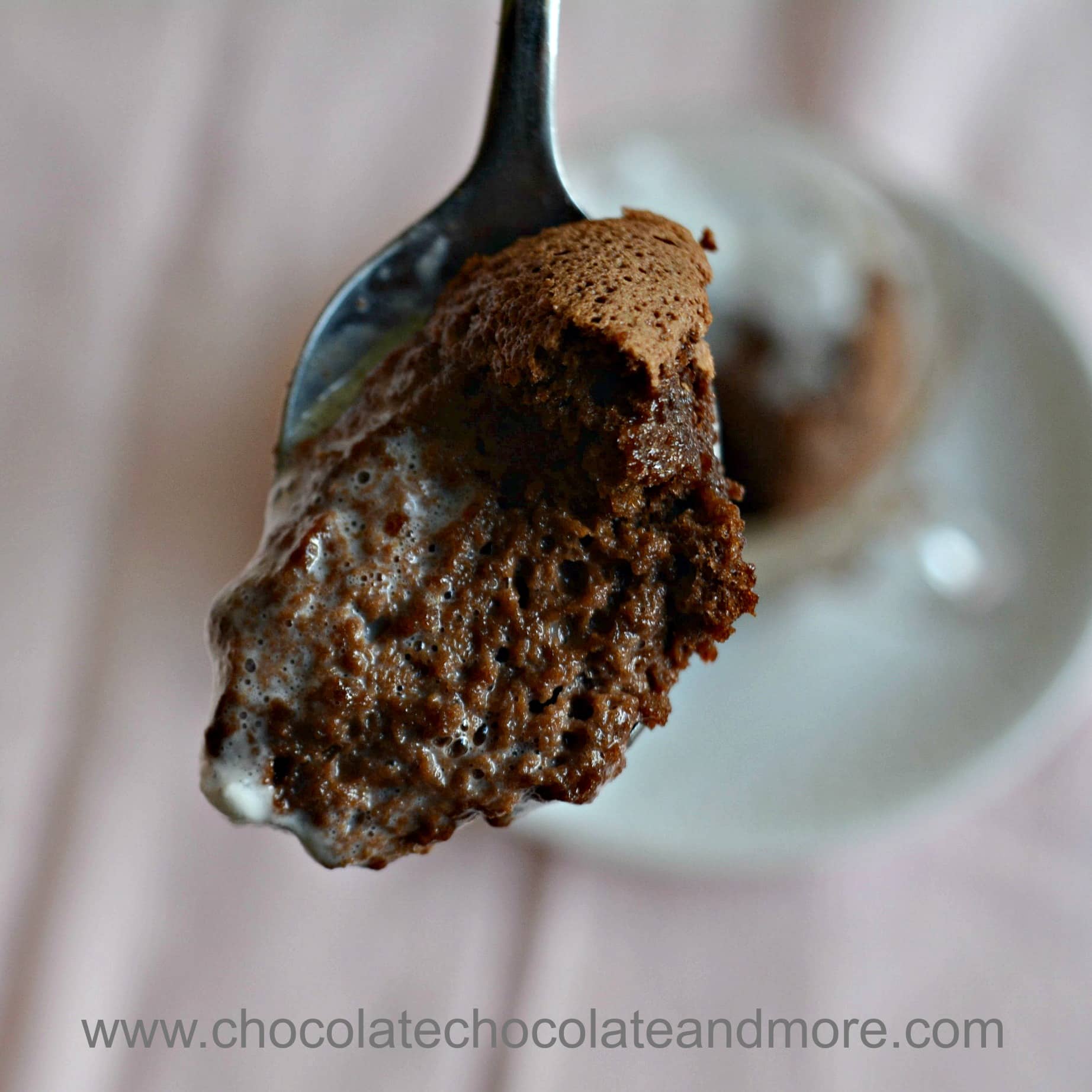 Once you bake your soufflés, you have to serve them immediately. They start deflating as they cool.  They still taste great but, the longer they sit out, the less pretty they are.

We made three soufflés in the class – cheese and zucchini, lemon and chocolate.  When we made them, the chef pointed out that adding some Grand Marnier would really enhance these. So I decided to try it.

I didn’t quite have enough ramekins for this recipe so I tried some punch cups as well. They worked well and I think they’re prettier to serve in than ramekins. You can use any oven-proof mug or bowl that has relatively straight sides. 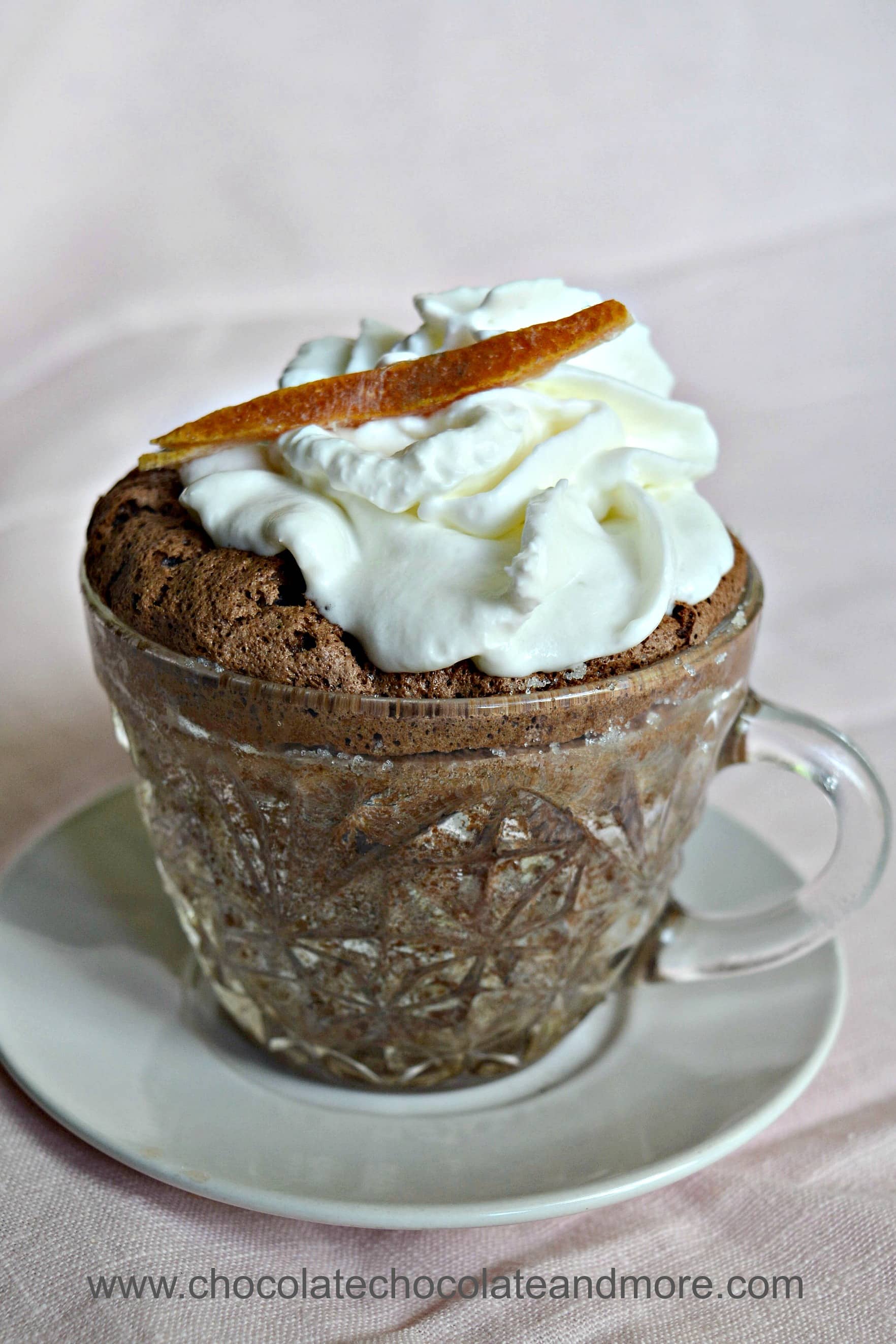 Just for fun, I tried making some mini soufflés as well. My kids gave me eight 2-ounce ramekins for Christmas one year. I’ve used them for serving butter at holiday meals for years but this was my first time baking with them. The little dark chocolate Grand Marnier soufflés cooked up quickly (about 5 minutes). Since they’re small each one give you a few bites of soufflé – a great option for tea.

If you want to top yours with Grand Marnier whipped cream (or regular whipped cream), then it’s probably best to have the whipped cream on the table and let guests top their own soufflés. The whipped cream melts pretty quickly on the hot soufflés so it’s hard to add it in the kitchen and serve before it’s a dripping mess.

for preparing the ramekins

Here are some of the equipment and supplies I used for this recipe: