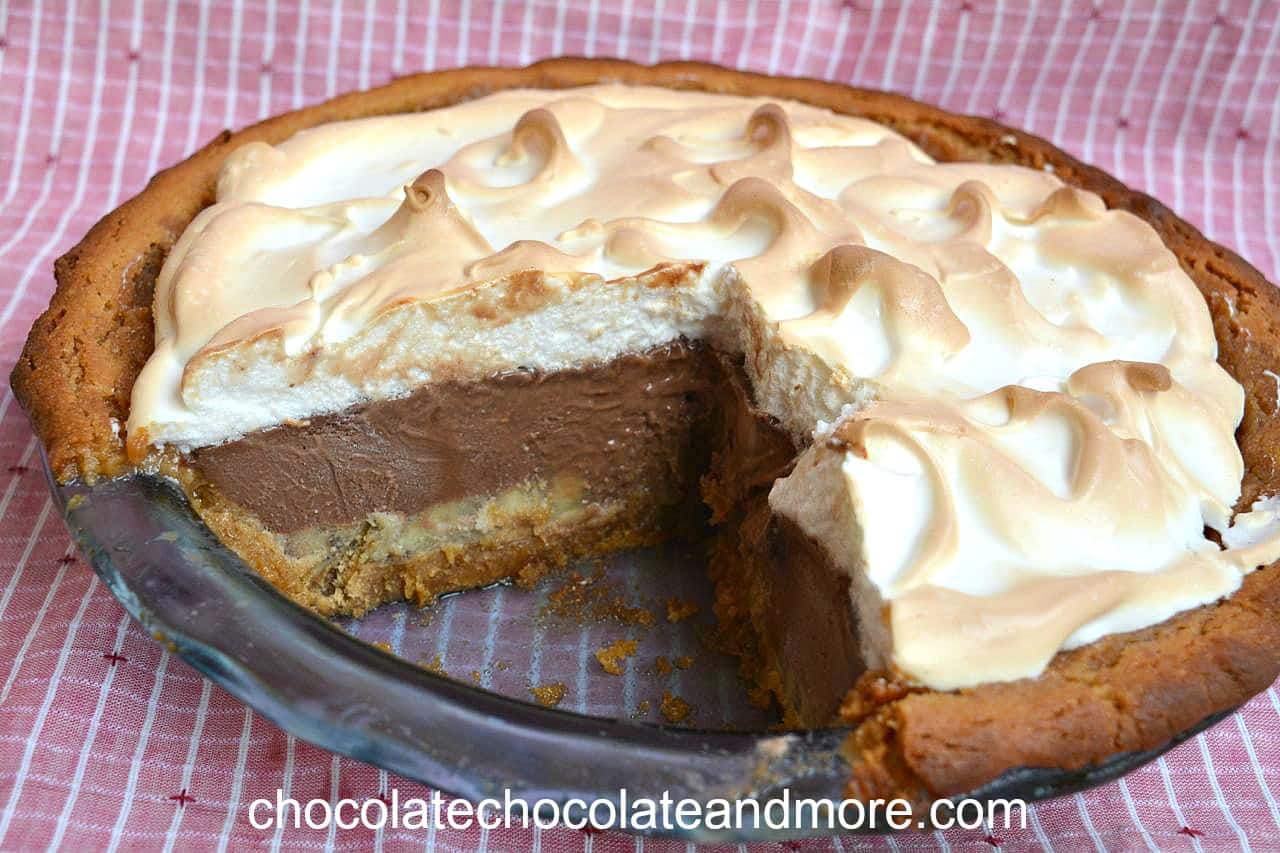 When I was a kid we used to eat bananas and peanut butter as a healthy snack. Then as a teenager I discovered frozen bananas covered in chocolate. So when I was thinking of what to do with some older bananas I was a bit torn. Put them in a peanut butter sandwich or coat them with chocolate and freeze.

As I was staring into my pantry deciding what to do, I spied some peanut butter cookie mix and thought how that might go with the bananas. I decided then that I was going to put together all three flavors – peanut butter cookies, bananas, and chocolate. 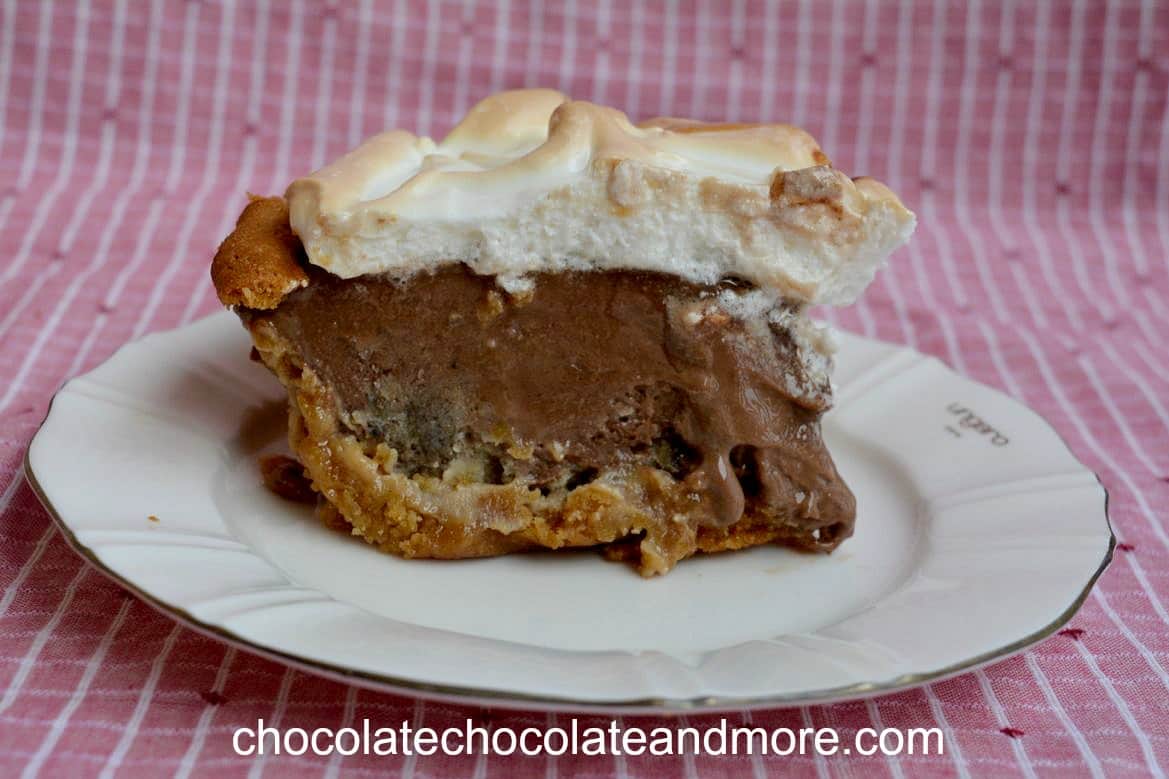 I don’t know why I settled on a pie but I’m glad I did. The chocolate pudding is great by itself and the flavor combination is everything I’d hoped it would be. Slightly salty peanut butter cookies with chocolate and bananas. It looked a little plain when I put it together and I had some extra egg whites from other baking projects so I decided to top it with some meringue.

My colleagues at work gave Chocolate Peanut Butter Banana Pie 2 thumbs up. They’re brutally honest when it comes to desserts so I know I’ve got a good one when they ask for more.

Since it’s not filled with chocolate mousse, you’ve got to freeze it in order to slice it. This makes the chocolate pudding like a fudgesickle and it’s so refreshing on a hot day! 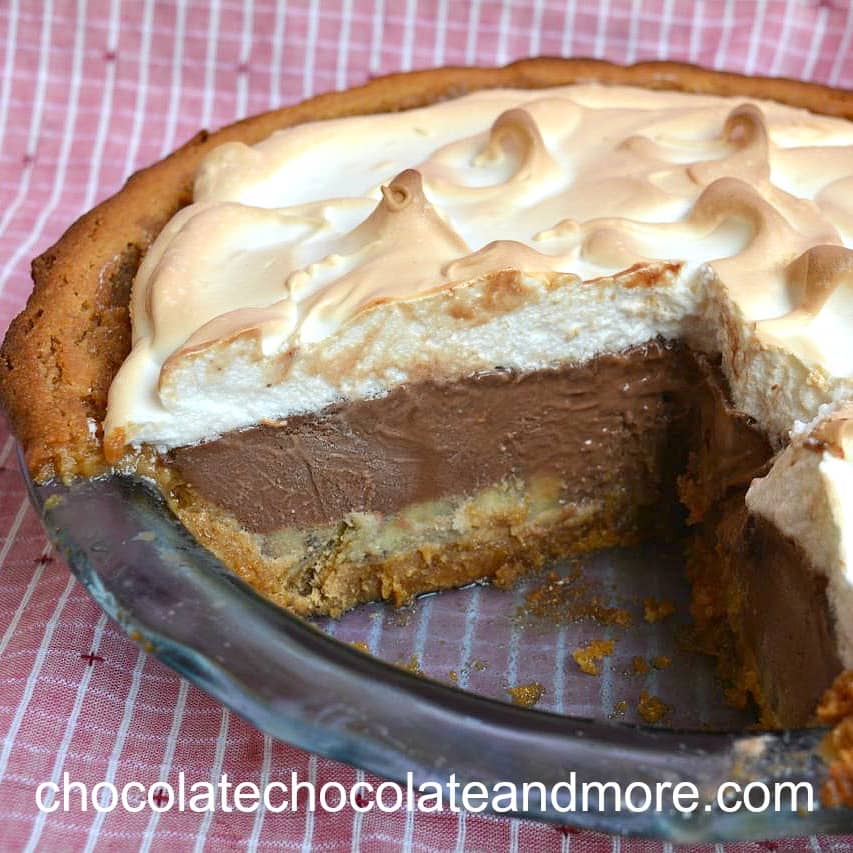 There are quite a few shortcuts you could use to make this. I started with peanut butter cookie mix. You could use store-bought pudding for the filling. I caramelized the bananas but it would be good with sliced bananas. If you’re in a rush, you could also just top it with whipped cream instead of meringue.