Chocolate grapefruit jam tantalizes you with the tastes of tangy citrus and silky chocolate. It’s fun on toast, an english muffin, or thumbprint cookies or the end of a spoon! 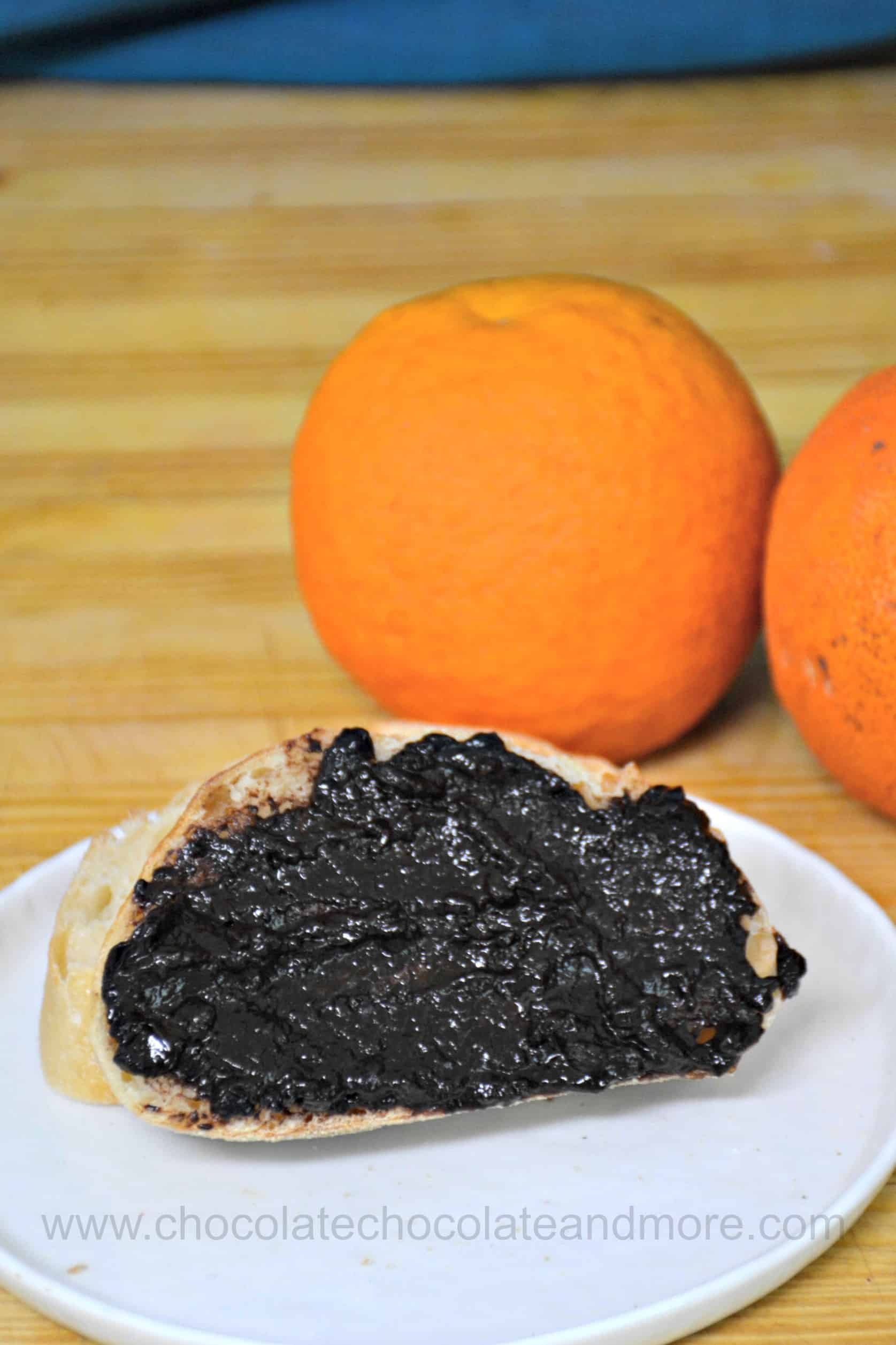 I was thinking about how I might something like a citrus nutella when I came up with this idea. Chocolate grapefruit jam starts of with a tangy citrus flavor and finishes with rich dark chocolate. 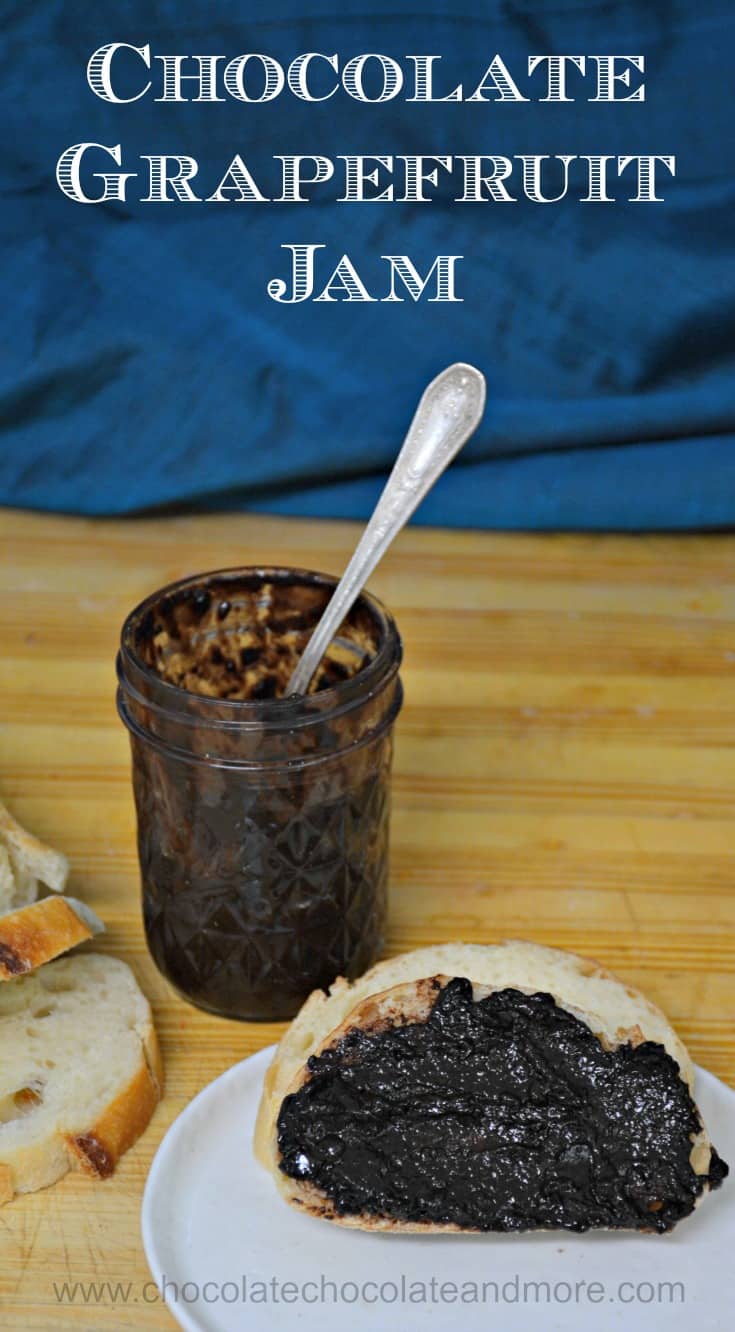 It was much easier to make than the marmalades. I think the cocoa powder helps it gel. This gelled right away.

Because this is an unusual flavor, I only made a small batch (6 half pint jars). As soon as it was done, I’d wished I’d made more.

You can tell this jam was popular. After a couple of weeks, I only had half a jar left for photos.